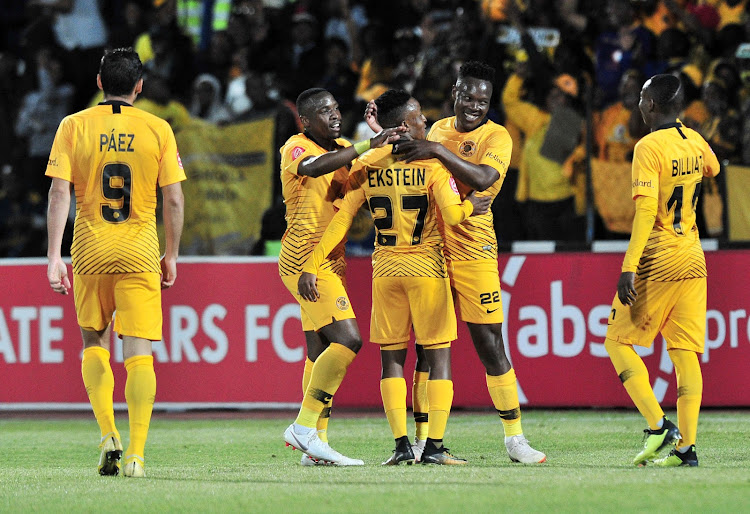 Striker Gustavo Paez scored his first goal of the season and winger Philani Zulu his second in as many games as a much-changed Kaizer Chiefs claimed back-to-back victories with a 2-0 Absa Premiership success over Free State Stars at Goble Park on Tuesday.

It was a deserved victory for the visitors, who looked the more accomplished side and claimed a comfortable victory to further ease the pressure on coach Giovanni Solinas.

Chiefs climbed to third in the table, three points behind leaders BidVest Wits, though they have played a game more.

It is also their second victory over Stars this season after dumping the Free State side out of the MTN8 last month.

For Nedbank Cup champions Stars it is a continuation of their poor start to the new campaign that has yielded four losses in their last five games, with the other match drawn.

They were among seven changes from the side that defeated Cape Town City 4-1 on Saturday with George Maluleka and Philani Zulu making their first starts of the season.

Madagascan Dax also made his long-awaited debut as a late substitute for the AmaKhosi.

Stars had an early chance when Yusuf Jappie delivered an inviting cross from the left, but Judas Moseamedi could not direct his header on target under pressure from Chiefs goalkeeper Itumeleng Khune.

Chiefs were in front on 25 minutes with excellent interplay between Paez and Khama Billiat seeing the latter provide a perfect through-ball for the Venezuelan forward to run on to and his shot deflected in off Stars goalkeeper Badra Ali Sangaré.

And it was 2-0 eight minutes later when Pule Ekstein’s ball across the box was collected by Zulu, who crashed the ball home for his second goal in successive matches after more than two years without finding the back of the net.

Stars midfielder Goodman Dlamini showed excellent strength to burst into the Chiefs box, but his vicious shot was into the side-betting, while Paulus Masehe blazed just over from 35-yards.

Billiat then released Zulu down the left wing, but the latter’s cross was plucked from the air by Sangaré with three Chiefs players lining up to head home.

At the other end Eleazar Rodgers blasted over the bar when well-placed, much to the frustration of coach Luc Eymael, who saw his side land just one shot on target all game.

Next up for Chiefs is a home game with AmaZulu on Saturday, while Stars host newly-promoted Highlands Park in what is building towards a must-win encounter for Ea Lla Koto.