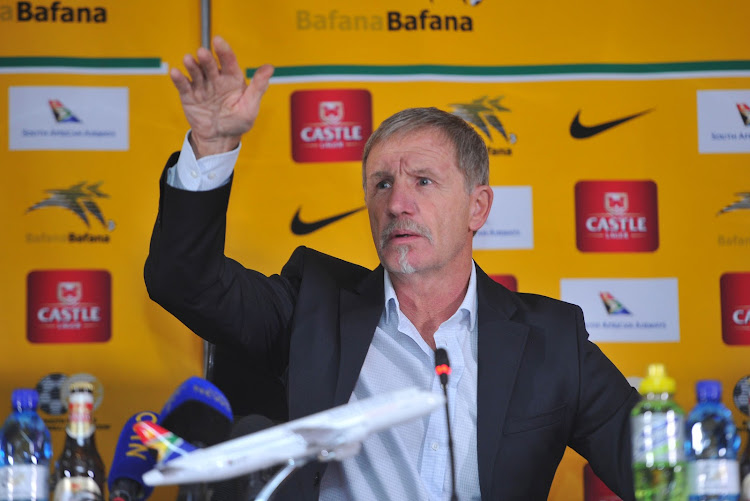 The furore over Stuart Baxter appointing his son to Bafana Bafana this week could have been avoided had the coach finalised his technical team the moment he concluded a contract with the SA Football Association (Safa) last year.

Instead, Baxter spent weeks fending off speculation that one of his conditions for accepting the job was that he wanted his son Lee, who also works for Kaizer Chiefs, to join him in Bafana as goalkeeper coach.

That speculation has now become true and, after those denials, father and son are prancing around in our national colours in the Bafana camp ahead of this weekend's Africa Cup of Nations qualifier against Libya at the Moses Mabhida Stadium.

Most disappointing is the fact that Baxter doesn't see anything wrong with all this and his reasoning seems plausible. Andre Arendse, who was goalkeeper coach in the last camp, had to withdraw due to family reasons and Lee, having worked with two of the keepers in camp, was readily available to fill in.

"Lee has worked with me in Turkey and at SuperSport [United]," Baxter reasoned.

But we are talking a national team here, which naturally elicits emotion. Nobody could really be bothered if the Baxters worked together at SuperSport, or some club in Turkey (Genclerbirligi) where they lasted two games.

Anyone who manages the national team should do so with consideration that it's a national team, not a private entity.

But since assuming office, Baxter has done anything but. He spent the first few months rotating former players as assistant coaches, including Quinton Fortune who, at his prime, shunned the very national side that Baxter asked him to assist with. Baxter now has U17s coach Molefi Ntseki as his assistant, but who knows who will be there with him on the bench for the next match? A few weeks ago he called up Rulani Mokwena to his technical team without engaging his club, Orlando Pirates.

What kind of management is this?

Under Shakes Mashaba, it was clear that all national coaches worked together and he could draw from the junior ranks at any time. We have no idea what's the policy now.

Baxter is not entirely to blame for all this. Safa should shoulder some of the responsibility for allowing Bafana to be used as some agency for freelance work, first by a coterie of disloyal former players and now by Baxter's family.

So questionable has been Baxter's own commitment to the cause that he saw no irony in confirming he had listened to Kaizer Chiefs when they came knocking asking if he could return to the club.

He doesn't get it. Safa should tell Baxter to make up his mind about who he wants in the technical team and stick to it.