No better time to be at the Lions - Mongalo 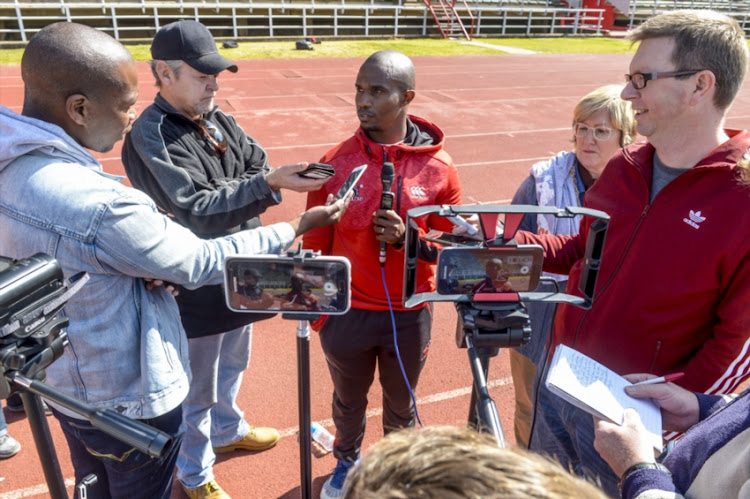 As a defence coach it is perhaps to be expected for Joey Mongalo to stand his ground on the virtues of the Currie Cup.

The Golden Lions assistant coach launched a staunch defence of the competition which has been buffeted by the winds of change in recent seasons.

“The Currie Cup is an awesome competition. We are so fortunate to be breeding Springboks in the midst of Springboks. If there is one competition we need to hold on to….

"I know people say it is watered down‚ but we completely disagree with that‚” said Mongalo of the competition that is contested over a single round this season.

“It provides such a great mix.

Take Wandisile Simelane for example. Now he’s playing next to Courtnall Skosan who has played 13 Tests. What a great place for him to grow.

"We coach future Springboks and that is why the competition means so much to us.”

To stress his point Mongalo explained that 16 members of the Golden Lions’ Currie Cup winning team in 2015‚ graduated to national ranks.

If you are a young player‚ he argues‚ you need to be at the Lions.

“There is no better time to be at the Lions.

"It is rewarding to see the guys at u19 level coming through and coaching them at senior level. The lessons we learnt in Super Rugby we were able to apply in the Currie Cup.

“It is exciting to have guys like Elton (Jantjies)‚ Warren (Whiteley) and Lionel (Mapoe) who aren’t in Japan with us through to the end of the year.

"It will help in terms of preparation and building synergy with a group of new players.”

Not that life at the Lions‚ are devoid of struggle.

They won their opening two matches in the Currie Cup‚ but conceded 10 tries in the process. It should be an affront to their coaching system but Mongalo explained what he referred to as the bigger picture.

“Given the rules and how everyone wants to play‚ then you’ll see scores like that.

"I think on behalf of all defence coaches around the world‚ we don’t want to see scores like that. We are building a system which has a lot of young players in it. We want to see where those tries originate from.

“Against the Bulls we conceded four times when we had the ball and couldn’t exit. We’ll rather focus on that‚ than the defensive system per se.

“If you look back in Super Rugby things just got better and better. We are hoping for the same thing in the Currie Cup.”