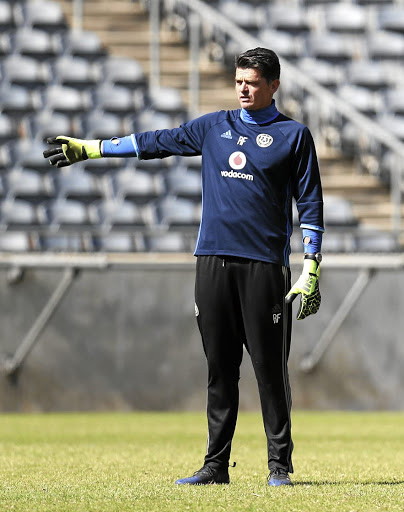 Former Kaizer Chiefs and Bafana Bafana shot-stopper Rowen Fernandez reckons Stuart Baxter's decision to appoint his son Lee Baxter as a goalkeeper coach for Saturday's Africa Cup of Nations (Afcon) qualifier against Libya has been blown out of proportion.

Heading into this Group E encounter at Moses Mabhida Stadium, Baxter has come under fire for installing his son Lee, who's the head of goalkeeping at Chiefs, in the national team.

With regular goalkeeper coach Andre Arendse withdrawing because of family commitments, many felt

Baxter should've gone for a local replacement, instead of Lee. The Bafana tactician, however, justified his choice by saying "he [Lee] is the most qualified goalkeeper coach in the country".

Fernandez, who had a stint as a goalkeeper trainer at Orlando Pirates, sees no problem in Baxter choosing his son. The ex-Bafana shot-stopper does not buy into the notion that this decision overlooks local goalkeeper coaches.

"People are making this thing a big deal. I think Baxter decided to bring in Lee because of his qualities. It's not nepotism for me and I do not think SA goalkeeper coaches are overlooked," Fernandez told Sowetan yesterday.

The 40-year-old retired keeper, who won more than 20 caps for Bafana between 2004 and 2009, further indicated the importance of a strong bond between a goalkeeper mentor and his charges, insisting that Lee and Bafana goalies had that solid relationship.

"A goalkeeper coach must have a good understanding with the people he trains. Lee is working with Itu at Chiefs and he knows Ronwen [Williams] from his SuperSport days, so I do not think it's a bad decision. It is in interest of the national team after all."