Why Libya will be no pushovers for Bafana Bafana in Durban 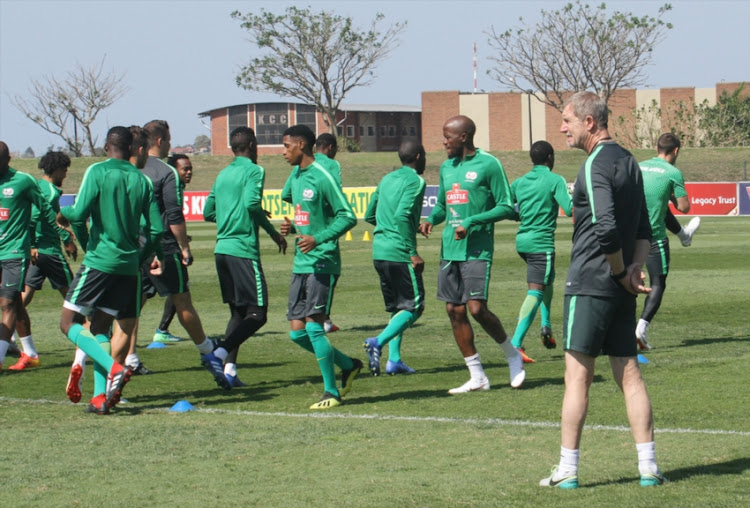 A key feature of international games involving Libya in recent times has been how difficult they are to break down‚ with many of the top teams on the continent failing to crack their defence.

That will be a consideration for Bafana Bafana when they host the north Africans in Durban for their 2019 African Nations Cup qualifier on Saturday‚ needing victory to remain in pole position for a place at the finals in Cameroon.

Libya have featured in 19 international matches in all competitions since the start of 2017 and have only won five of those.

However‚ they have only lost five as well with nine draws the stand-out figure in their statistics.

Given that they cannot play at home due to the security situation in the country and are essentially away every match‚ it is a robust record that shows they will be no pushovers.

They have secured wins over Algeria (2-1) and Guinea (1-0) to showcase their potential‚ as well as a 5-1 thumping of Seychelles in their Nations Cup qualifier opener‚ and secured an away draw in Tunisia in a World Cup qualifier and another 1-1 stalemate with the Algerians to boot.

They also finished third at the recent African Nations Championship in Morocco‚ a competition they had won four years earlier in South Africa.

For the first time in a decade Libya will also have two sides in each of the African club competitions next season‚ which shows their growing prowess on the continent.

Libya coach Adel Amrouche‚ who took over the side in May‚ says he has selected players on form and not reputation for the clash with Bafana.

“I watched the end of the league last season and the cup final was just one month ago‚” he told SowetanLIVE.

“I've wanted to look at as many players as I can because Libya is like most other national teams in Africa in that they always select players with reputation rather than on form and this is something that I'm looking to change.

“We have players in the Middle East too and two in Europe."

Bafana won their opening Nations Cup qualifier away in Nigeria 2-0 last June‚ but have since been reeling from the poor showing in the FIFA World Cup qualifiers.

The top two teams in each pool will advance to the continental finals‚ meaning a home win for Bafana against the Libyans will be a massive step in that direction.