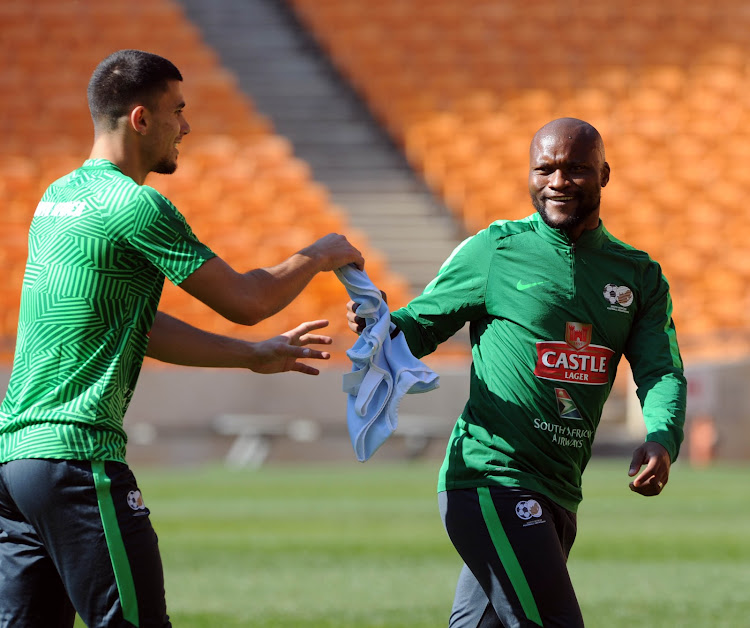 Cape Town City coach Benni McCarthy has promised to get the best out of forgotten striker Tokelo Rantie and return him back to Bafana Bafana.

The 27-year old Rantie‚ who helped promote Bournemouth to the English Premiership a few seasons ago and also played in Sweden and Turkey‚ joined City on transfer deadline day last week and McCarthy said bringing him to the Mother City was like hitting the jackpot.

“He is a player who I am very fond of and I believe that I hit a little bit of a jackpot with him‚” McCarthy said after his side qualified for a second consecutive MTN8 final on Sunday after beating Mamelodi Sundowns 4-2 on penalties.

“He is a former teammate of mine at Orlando Pirates and I know his capabilities when he is at his best and when he is fit.

"He hit a little bit of a rough patch and everybody goes through that in life.

"Even the great Richard Branson had a rough patch somewhere in his life and TK (Rantie) can be excused for that."

The PSL league programme only returns in two weeks time due to the international Fifa break and McCarthy said his priority during this period will be to get Rantie back to fitness.

“He is a world class striker‚ now my main priority is to get him fit as soon as possible‚" he said.

"When he gets going‚ good luck to the rest of the league because he is unstoppable.

"With the rest of the fitness trainers and medical staff‚ we are going to make sure that he is fit and ready to play‚” McCarthy said‚ adding that a fit Rantie is an assert to Bafana Bafana.

“It is not only me who is going to benefit but Bafana Bafana as well.

"Irrespective of whether the coach is against him or not‚ why would they leave him out when he is banging in the goals?

"He can help us qualify for the World Cup which is something that we can’t seem to do at the moment.

“He is a national gem and unfortunately beggars can’t be choosers and in this instance Bafana are beggars.

"We could use all the best players that we have and try to make them fire on all cylinders.

"It is painful to sit at home and watch countries like Tunisia and Senegal‚ who never used to be better than us‚ competing at the highest level and our players God knows where they are in those times.

"We want South Africa to be back playing at the best tournaments and in order for the that to happen we need to have our best players playing.

"Getting Rantie to his best as soon as possible is going to be a tough challenge (because) in the coming months we have Afcon qualifiers and you will see him in the Bafana squad and I don’t care who says what.”