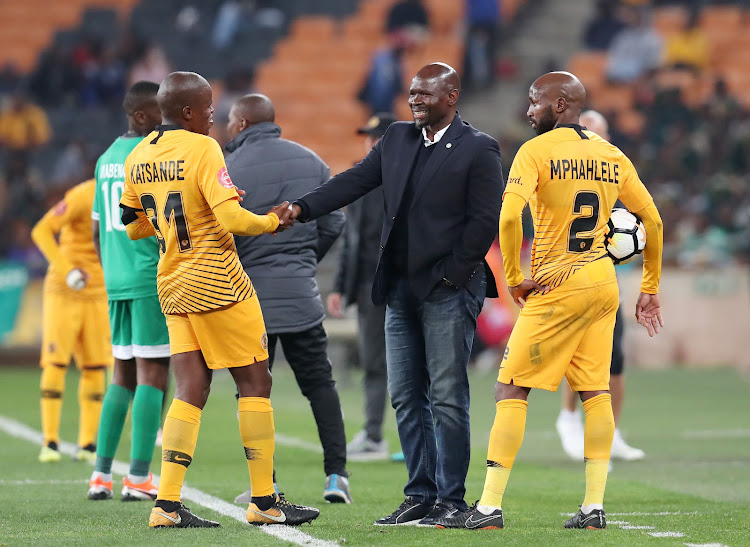 Steve Komphela refused to gloat over inflicting further damage on his former club Kaizer Chiefs‚ who are in the doldrums at start of the new season while Komphela’s Bloemfontein Celtic enjoy an unbeaten start.

Komphela left Chiefs in April and took over Celtic before the start of the season‚ seeing them to three successive wins and then a come-from-behind 2-2 draw at Chiefs on Wednesday night.

Chiefs were 2-0 ahead in their Absa Premiership fixture at FNB Stadium on Wednesday night but ended sharing the spoils after conceding two quick goals. Amakhosi are now five games without a win since the start of the new PSL season – their worst start to a new league campaign.

“Maybe my wiring is wrong! When God wired me he made a huge mistake‚ of leaving away things that are more to self. Selfishness should never be part of who we are as a people‚” said Komphela after the game.

He added he could not bring himself to celebrate the success‚ even after what happened to him at the club‚ where Chiefs supporters abused him and he eventually quit.

“I can’t’ leave here tonight punching the air because that would be an indictment on the time I was here‚” Komphela said.

“Three years of quality work with quality people. I am a professional‚ I have a responsibility and obligation to the green shirt [Celtic].

“I spent three years here [at Chiefs]. My kids went to school‚ I put bread on the table for my family because of the people who gave me the opportunity.

“You never spit on the table you eat from. I always have great respect [for Chiefs].”

Celtic have three wins and a draw from their first four league games of the new campaign while Chiefs have played five times – drawing four and losing one.