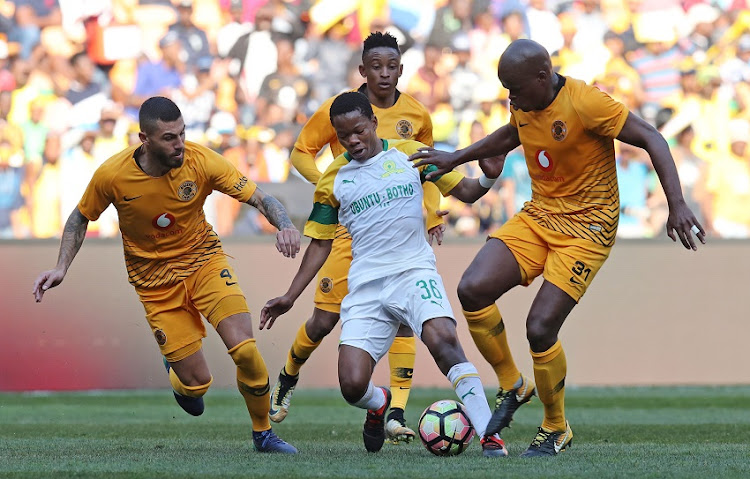 The 2018-19 Absa Premiership season kicks off this weekend‚ and it is sure to be packed with thrills‚ spills‚ shocks and triumphs.

SowetanLIVE have a brief look at the 16 teams‚ and make our predictions for how they will fare.

They’ve not finished outside the top two in six seasons under Pitso Mosimane‚ and it would take an anomaly of astronomic proportion for the Brazilians to fail to be in the top six.

With Gaston Sirino seeming to hit his stride‚ and surely Jeremy Brockie cannot be kept down for too long‚ even with Percy Tau and Khama Billiat gone‚ surely Sundowns will vie with Orlando Pirates for the title.

If Pirates had been as strong in the first half of last season as they finished in the second‚ they would probably have won the league.

It’s an army on the bench‚ overseeing an assortment of player talent strengthened by the arrival of Brilliant Khuzwayo‚ Ben Motswari‚ Kudakwashe Mahachi and Asavela Mbekile that is genuinely intimidating. This could‚ in fact even should‚ be Pirates’ year for the league title.

They’ve brought in a player of genuine quality in Khama Billiat. Once again‚ as with the other player recently raided from Sundowns‚ Leonardo Castro‚ there are some question marks over Billiat’s temperament and lifestyle and longevity‚ given the way he left Chloorkop.

Chiefs have brought in a clever‚ calm coach in Giovanni Solinas‚ but one who has not won a major trophy‚ and after three seasons without one under Steve Komphela‚ that’s what Chiefs need.

Still‚ if Solinas can get Billiat‚ Castro‚ Siphiwe Tshabalala and perhaps Siphelele Ntshangase (if he can locate him‚ somewhere in the fringes of selection‚ for some reason) firing‚ and the experience in defence organised‚ who knows?

The other major challengers in what seems sure to be a claustrophobic battle for the top four seem to be ambitious City. Benni McCarthy‚ in his second season as a head coach‚ surely wants to improve on last season’s creditable fifth. If Ayanda Patosi can be kept in top fitness‚ they can fire‚ and even challenge.

They disappointed last season by finishing 13th place and coach Gavin Hunt will be under pressure to swing their fortunes considering the amount of investment that owner Brian Joffe has made in the team.

Luc Eymael ended last season with a trophy in the Nedbank Cup. He seemed to largely talk himself out of a high‚ though‚ with unwarranted remarks directed at his supposed detractors soon afterwards.

That about seems to sum the Belgian up‚ somewhat. He talks himself into trouble‚ but atones for it somewhat with results on the field. Stars have the core of their squad retained and Eymael has much to prove.

They have such a strong squad on paper‚ and this year are unencumbered by continental football‚ which was so distracting and taxing to SuperSport last season finishing seventh. Kaitano Tembo is in his first season as a head coach of some potential‚ but with such competition for the top six‚ we see United managing a place again in high mid-table‚ and challenging for the cups.

Such a neatly organised team‚ compact in defence and dangerous on the counterattack with their quick and skilful runners. Clinton Larsen’s Arrows don’t quite have the depth to sustain a top-six challenge‚ but they’re too good to fight relegation.

Of their many signings during the off-season‚ Daine Klate and Thabo Nthethe are the most high profile and coach Dan Malesela is going to rely heavily on them to help guide the younger players.

Their preseason preparations were disturbed by off-field financial problems where late payments to players led to a strike. Coach Steve Komphela may use this situation as motivation.

They missed out on the MTN8 tournament due to the Tendai Ndoro registration saga but this will be difficult second season back in the PSL for Usuthu coach Cavin Johnson as he has not made significant acquisitions to an already quality-challenged squad.

Controversial owner Johnny Mogaladi has taken a big gamble on little-known Slovakian coach Jozef Vukusic who will be assisted by Bernard Molekwa. Molekwa led the team to a 12th spot finish last season.

Over the past few seasons‚ Baroka FC have always survived the chop by the skin of their teeth and new coach Wedson Nyirenda has a lot of work in his hands to turn this outfit into a competitive force in the league.

The National First Division champions‚ Highlands Park‚ have made a number of signings including former Maritzburg United captain Bevan Fransman‚ but coach Owen Da Gama’s men may struggle to cope in the paid ranks again.

The other promoted team Lidoda Duvha will no doubt be a pick for relegation for most people but it is up to inexperienced coach Michael Masutha and his unfancied players to work hard and keep the club in the league.

They have the disadvantage of promotion through the playoffs‚ so were behind the curve on signings and preparations.