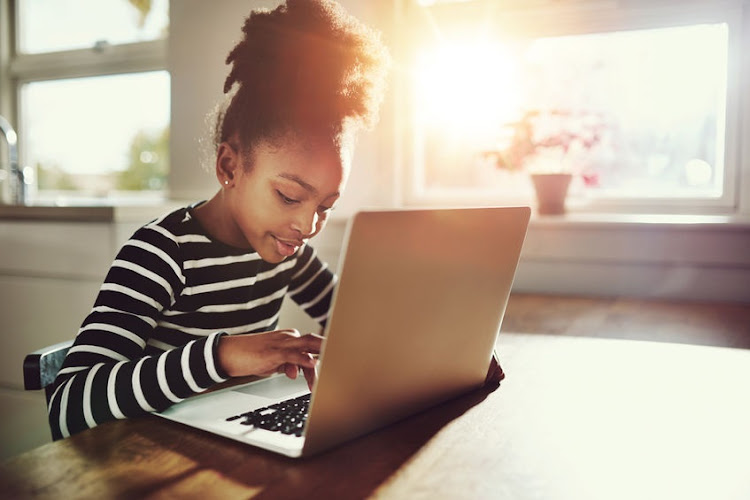 A generic image of a young girl with an afro using a laptop.
Image: 123RF / langstrup

A grade 8 learner at VM Kwinana Secondary School in KwaNobuhle‚ Uitenhage‚ has been barred from attending classes until he trims his Afro-styled hair.

The school says 13-year-old Sisipho Mantla has ignored numerous complaints and is contravening its code of conduct by refusing to cut his hair. School policy is that learners’ hair should be kept “short and neatly combed”. But some learners and parents at the school believe the policy is outdated.

VM Kwinana is known for its strict code of conduct. In 2013‚ the school made headlines across the country for its strict hair policy after it expelled Sinothando “Zebulon” Booi‚ who was 14 at the time‚ for wearing dreadlocks.

This sparked protests by the local Rastafarian community. They argued that Booi’s dreads were part of his cultural beliefs and should be accepted by the school. VM Kwinana has since allowed learners to wear dreadlocks only if the parents can show that their child practises the Rastafarian culture. Booi is currently completing matric at VM Kwinana.

A woman has accused a school in Gauteng of policing black pupils’ hair after her niece was sent home over her “inappropriate” hairstyle. Siyabonga ...
News
4 years ago

On Monday‚ dressed in his full school uniform‚ Sisipho was denied entry into the school by a security guard. He was eventually escorted onto the school’s property after a caretaker saw the incident being photographed.

Sisipho has been home since last Thursday after a teacher instructed him not to return until he had cut his “big Afro hair”. His parents say the school has sent their son home over his hair repeatedly since January.

Other learners at the school gate told GroundUp that learners are regularly denied entry if they have dreadlocks‚ uncombed or Afro hair‚ moustaches or wear earrings.

Sisipho’s mother‚ Lumka Mantla‚ said that when Sipho was sent home last week “he was crying”.

“I immediately phoned the principal. But he insisted my son should reduce his Afro hair or cut it to a brush cut‚” she said.

Mantla says as working parents they are unable to visit the school during the week. She dismissed the school’s complaints‚ saying her son’s hair was “clean and natural”.

“If they called us saying our son was on drugs or had insulted other pupils‚ I would have understood. But I find it to be nonsense to go to school to discuss my son’s Afro hair.”

Mantla says they were told that “students with big hair lose focus”. The family says Sisipho has since asked to be moved to a different school next year.

VM Kwinana principal Mawonga Blou said the school was acting within its rights. Blou said‚ “Our school was once termed a Yizo Yizo school where pupils did as they pleased and were out of control. Now‚ we have a highly disciplined learner force. The problem here is the child‚ not the parents‚ because they signed the code of conduct.”

Asked about the school’s previous stance on its hair policy‚ Blou said the issue has been discussed at meetings with parents. “We don’t allow dreadlocks for fashion. We are not here for fashion parades. We are in agreement with the parents who signed the code of conduct. Parents have a choice to take their child to schools where they fit.”

Blou said the school often offered to assist parents who could not afford to cut their child’s hair. - GroundUp