Why Lakay dumped Wits for Sundowns 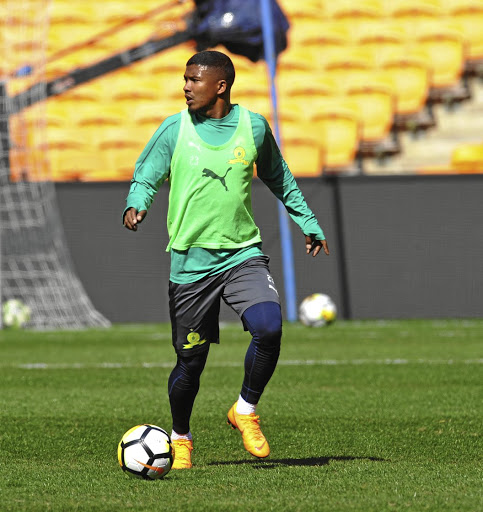 Mamelodi Sundowns winger Lyle Lakay has no regrets about abandoning his proposed switch to Bidvest Wits at the eleventh hour to join the Brazilians.

When Lakay left Cape Town City earlier this month he was supposed to join the university side, but a last-minute offer from Sundowns changed everything.

The 26-year-old, who had two years left on his contract with City, had both Wits and Sundowns willing to meet his buyout clause.

"To be honest, Wits were the first to show interest but just before signing with them I got a call from Sundowns and I did not think twice about it," Lakay told Sowetan.

"If the league champions come knocking then no one can say no. If they want me then it must have been for a reason."

The Mother City-born leftie is set to be converted into a wing-back by Sundowns coach Pitso Mosimane.

In his first outing in a Sundowns jersey during the Helix Cup, Lakay featured in the left wing-back position.

The former SuperSport United man could make his official debut when Sundowns clash against Kaizer Chiefs at Loftus Versfeld on Saturday.

On the possibility of making his maiden appearance in such a tough game, he said: "In training we have been working hard to prepare for the start of the season.

"It would be nice to start my life here against Chiefs because it is a team I supported as a youngster."

Lakay has had no problems settling in at Chloorkop after reuniting with a number of teammates he has played with before.

He played with Denis Onyango, Hlompho Kekana and Anthony Laffor at SuperSport, while also having played with Thapelo Morena at Bloemfontein Celtic and Aubrey Ngoma at City.