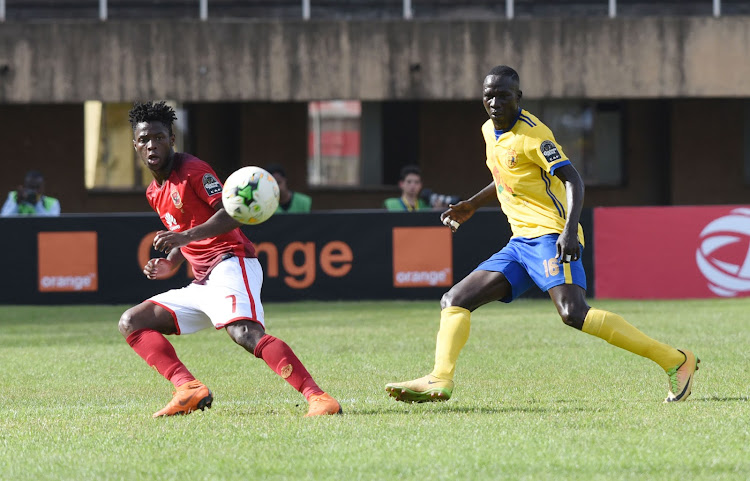 Mamelodi Sundowns have been thwarted‚ for now‚ in their bid to sign Phakamani Mahlambi from Egyptian side Al-Ahly after the player was registered by the club on Tuesday.

Ahly coach Patrice Carteron had been open to Mahlambi leaving on loan for the season‚ but a long-term injury to Nigerian forward Junior Ajayi has opened the door for the Bafana Bafana youngster at the Cairo side.

Ajayi is likely to miss the next four months of the season at least after he was stretchered off in the 1-0 victory for Ahly over Botswana side Township Rollers in the Caf Champions League at the weekend.

Mahlambi plays in the same position as the Nigerian and is a like-for-like replacement in the squad.

SowetanLIVE understands that Sundowns were hoping to make a move for the youngster in this transfer window and had been speaking to the players’ representatives for some time.

But Mahlambi is also keen to stay in Egypt and fight for his place at Africa’s most successful club.

The 20-year-old last featured for Ahly in their surprise 2-0 away loss to KCCA in the Champions League in May.

He joined the Cairo giants at the start of the season from Bidvest Wits and made 15 appearances in his maiden campaign‚ scoring a single goal.

He won the last of his two Bafana caps against Angola in the Four Nations Tournament that South Africa won in Zambia in March.

Mamelodi Sundowns captain Hlompho Kekana has said he might have to remind himself to be mean on Saturday against Kaizer Chiefs‚ who some cheeky ...
Sport
3 years ago