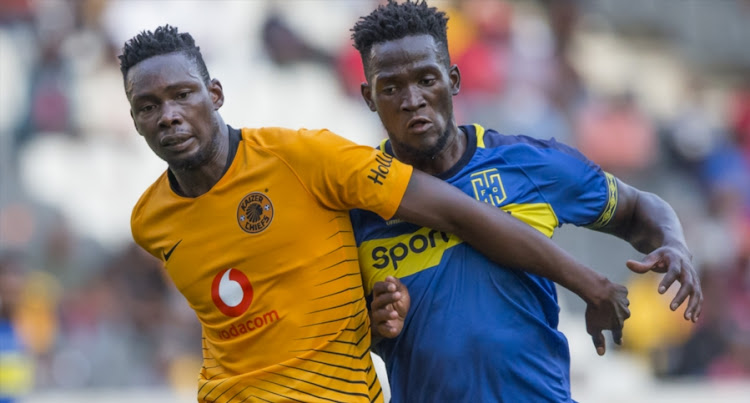 New Cape Town City striker Siphelele Mthembu says he has nothing to prove to anybody and believes he can be the answer to the club’s scoring woes this coming season.

City battled up front in the last campaign‚ with their failure to find a reliable goal-scorer seeing the side finish in fifth place in the league in a season in which they had hoped to challenge for the title.

Former Orlando Pirates and Kaizer Chiefs striker Mthembu has been brought in from Free State Stars‚ and says he is ready to work hard to help the side win silverware.

“I am a very hard worker‚ I push a lot and I'm very dedicated to what I’m doing‚” Mthembu said.

“For me it is not about proving to people how good I am‚ it is about helping the team that I play for.

“It is better to work under pressure than be in a comfortable environment. The net never gets full … I am really hungry in my career to score and I hope to get as many as I can.”

“The coach has been very supportive‚ he understands the challenges we face. It is important just to break the ice [this season]‚” Mthembu says.

“I have a new family now. The one thing in my head is to come in and score goals. You have to work hard though‚ it is not a case of you just play and it happens. You have to earn it.”

Mthembu had been expected to sign a new contract at Stars‚ who he helped lift the Nedbank Cup at the end of last season‚ but instead eloped to City.

Judas Moseamedi has since moved in the opposite direction. He feels the Cape Town club is a better fit for him.

“I like the style of play and how they are so creative. I studied Cape Town City very carefully [before signing] and I think I am in the right environment to deliver‚” he said.

The 30-year-old also wants to create a legacy at the club and that challenge excites him.

“I can still learn a lot‚ but at the same time create a new environment for the next generation here at Cape Town City.

"We have to start it now … we want to create a legacy for the next generation to come in and do better.”

Mthembu scored six goals in 22 starts for Stars last season‚ having joined from a horror spell at Chiefs‚ where he started just nine games in two seasons‚ though he did manage five goals.

He has also previously played for Bloemfontein Celtic and Platinum Stars in the top-flight.