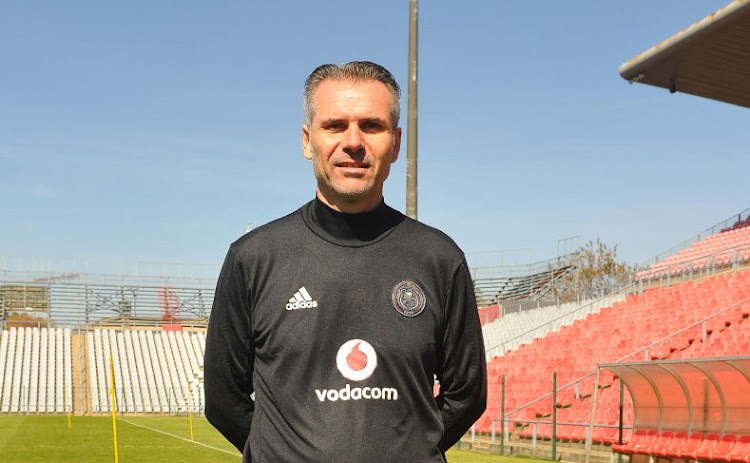 Frenchman Stephane Adam took part in his first training session at Rand Stadium on Wednesday‚ employing drills aimed at attacking buildups down the flanks‚ feeding balls through to players running into the area‚ and finishing into squares in the bottom left and right of the goalmouth.

“Stephane Adam has been appointed to the Orlando Pirates’ first team where he will serve as a Specialist Coach for Finishing‚” Bucs announced on their website.

“Adam is a former player himself with a career spanning over 14 years where he played for clubs such as Lille and FC Metz in France before joining Scottish club Hearts where made over 140 appearances for the club.”

Adam (49)‚ a former striker‚ has worked as a finishing coach for Kilmarnock‚ and joins Pirates from last season's 17th-placed Ligue 1 finishers Lille.

He joins a technical squad that has been notably beefed up with support staff to head coach Milutin Serdojevic and his assistant Rhulani Mokwena‚ as Pirates aim to go better than their runners-up place in 2017-18 and end a four-season trophy drought.

The Premier Soccer League will not be taking their lead from a number of European nations and closing the transfer window early‚ allowing clubs to ...
Sport
3 years ago
Next Article