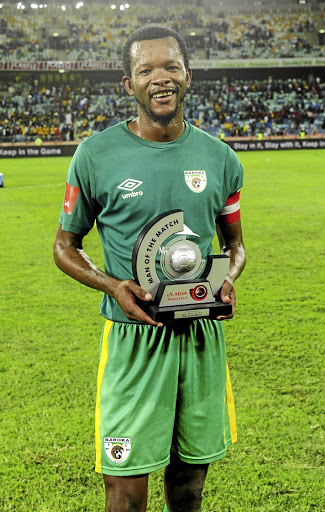 Axed Baroka FC captain Olaleng Shaku aims to use the lifeline he has been given by National First Division side Witbank Spurs to revive his career with an aim to return to the Premier Soccer League.

Shaku, 30, alongside Puskas Award nominee goalkeeper Oscarine Masuluke were fired by Baroka last February for allegedly drinking on the team bus after their 2-0 defeat to Free State Stars in Bethlehem.

"I cannot wait to be on the field of play again. I thank Spurs for this chance,'' Shaku told Sowetan.

"My aim is to return to the top flight, that's my ultimate objective. It would be amazing to go up [to the Premiership] with Spurs via promotion.

"The new season gives me a fresh start to showcase my talent and prove I can still play football,'' he said.

Shaku was the longest-serving player at Baroka before his unceremonious expulsion.

He had been with the club since 2008 when the Limpopo-based side was
still competing in the ABC Motsepe League.

The centre-back says his Baroka exit was a life lesson.

"Life is not always smooth sailing but what's important is what you learn from such tribulations. I have grown from what happened at Baroka. It was a life lesson and it toughened my character.

"My focus is only on what I can do going forward. I have made peace with the past."