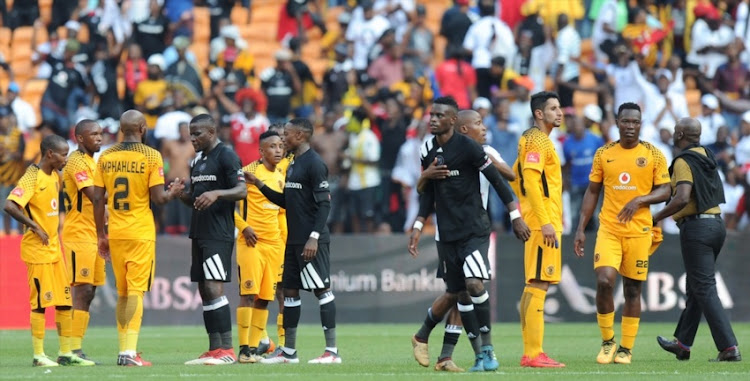 The 2018/2019 Absa Premiership season gets underway on Saturday with a mouthwatering fixture between league title holders Mamelodi Sundowns and Kaizer Chiefs at Loftus Stadium on Saturday.

While local fans will have been salivating at the prospect of watching two of the most popular sides in Southern Africa on the opening day of the new campaign‚ there are other important dates on the domestic calendar that should keep the supporters on their toes.

The winners of the 11th edition of SA’s top 8 club competition‚ which has been dominated by Chiefs and Orlando Pirates over the years‚ will be crowned on this day.

Chiefs are the kings of this competition and they have won it 15 times since it was launched in 1974.

Their rivals Pirates have won it nine times.

The first Soweto Derby of the season will be hosted by Pirates‚ who had the last laugh towards the end of last season as they beat Chiefs 3-1 aided by Luvuyo Memela’s brace in the second half.

It will be interesting to see how new Chiefs coach Giovanni Solinas approaches his first derby if indeed he will still be around come the end of October.

This is another competition that has been dominated by Chiefs with 13 crowns in the bag since its inception as the Datsun Challenge in 1982.

Since Telkom came on board as sponsors in 2006‚ Chiefs have again had no peers‚ winning it three times.

All the other nine winners‚ including last year’s champions Bidvest Wits‚ have won it once.

The second round of the Soweto Derby will come early in the new year but the game could go a long way towards deciding the league champions‚ the fate of some players and club coaches.

Both Solinas and Bucs coach Mulitin Sredojevic’s participation in this derby will hinge on how they had started the season.

Any slip-ups may see one or even both watching this fixture as ordinary spectators at Soccer City.

This is the day the league champions of the 2018/2019 season will be crowned.

If the champions are yet to be determined on this final day of the campaign‚ the significance of this date will heightened.

The last day of 2018/2019 season will be capped by the crowning of the Nedbank Cup winners.

That was also a forgettable day for Steve Komphela‚ who had to give up his job as Chiefs coach.

Fans bayed for his blood following the club’s 2-0 loss in a cup final they were so eager to win to end a three-year cup hunger.

The first Africa Cup of Nations with 24 teams will be held in Cameroon and Bafana Bafana should be there if their start in the qualifiers is anything to go by.

Stuart Baxter’s charges have already beaten Nigeria 2-0 away from home.

Libya and Seychelles are Bafana’s other opponents in Group E.

But together with Nigeria‚ Bafana are firm favourites to make it to Cameroon.

The Premier Soccer League will not be taking their lead from a number of European nations and closing the transfer window early‚ allowing clubs to ...
Sport
4 years ago
Next Article