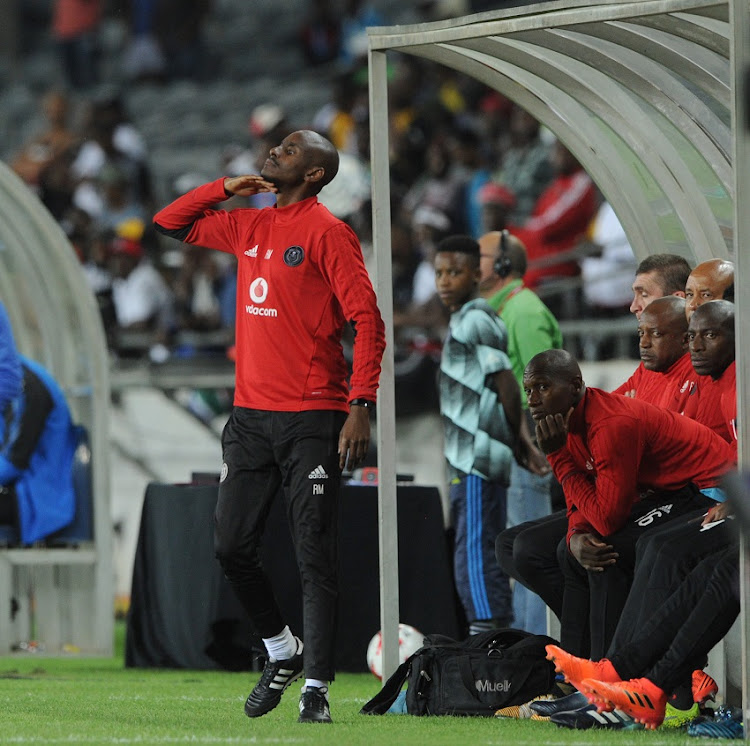 Polokwane City have dismissed claims that they are trying to lure the highly-rated Rulani Mokwena away from Orlando Pirates and appoint him as their head coach ahead of the next Premier Soccer League season.

City’s spokesman Vusi Ntimane told SowetanLive on Tuesday that they were never in the lookout for a new coach as Bernard Molekwa is still their man.

“We have a head coach and I don’t know where those reports about Rulani are coming from‚” said Ntimane.

“As a club we take those reports as fake news because we’ve never parted with our head coach Molekwa.”

Mokwena‚ the Pirates assistant coach‚ was linked to the City job in sensational reports that went viral on social media earlier this week.

But he also distanced himself from the reports and said he was not interested in the City job.

He said he was happy at the Buccaneers - a club he joined alongside head coach Milutin Sredojevic at the start of last season - after spending a few seasons as assistant to Pitso Mosimane at Mamelodi Sundowns.

“In life sometimes there are things that we want‚” responded Mokwena tongue and cheek when he was confronted about his link with Polokwane.

“I also want to drive the Lamborghini and sometimes these are things we can’t get.”

When he was pressed on whether he would consider the Polokwane’s hot seat if it was offered‚ Mokwena said:

“Well‚ like I just said‚ when I used to go shopping with my mother I used to say ‘I want that and I want that’ but my mother would slap my hand and say ‘that’s not for you’.

“So there are certain things in life that we want but sometimes the Almighty directs us and says ‘it’s not the time’.

“It’s not for me to answer that question‚ but what I can tell you is that there are things that people want that they can’t get.”

City had a turbulent 2017/2018 season and they confirmed their survival from relegation on the last day of Absa Premiership season.