Keaghan Jacobs scored the biggest goals of his career 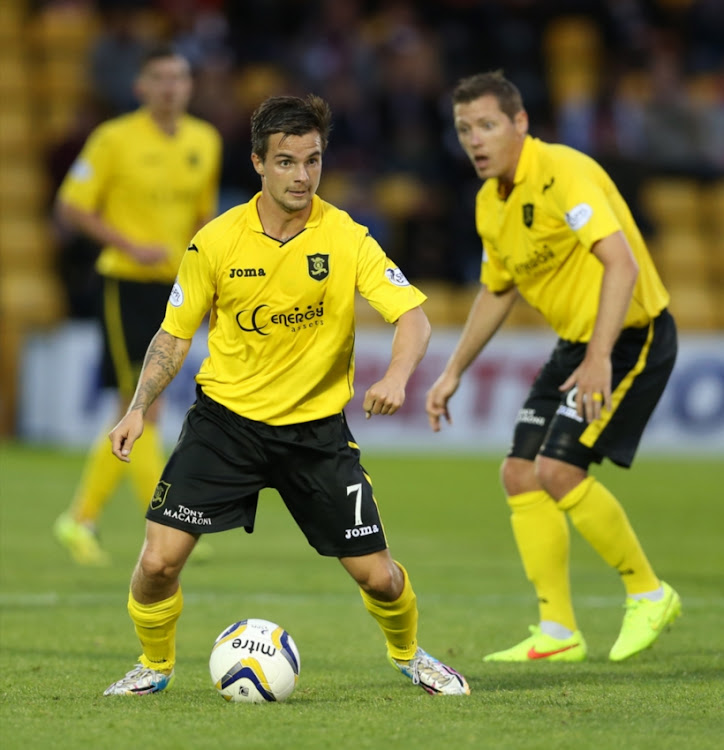 Former BidVest Wits midfielder Keaghan Jacobs scored the biggest goals of his career this past week as he helped Livingston into the Scottish Premier League.

Livingston were playing in the third-tier last season but consecutive promotions has seen them join the likes of Glasgow giants Celtic and Rangers in the elite league in Scotland.

And Jacobs has been central their success after he scored in a 2-1 win over top-flight Partick Thistle in the first leg of their promotion/relegation final last week‚ before netting again in Sunday’s second game as Livingston claimed the tie 3-1 on aggregate.

“What a feeling! What an achievement!” Jacobs said.

“The boys were unreal and we deserved it. Can’t wait for my break now and to come back [to] pre-season as a Premier League player. I can’t even describe the emotions going through me right now.”

Livingston were last in the top-flight in the 2005/06 season‚ but later financial problems meant they were demoted to the country’s fourth-tier.

Jacobs‚ 28‚ spent an unsuccessful 2015/16 season at Wits‚ making just a single substitute appearance‚ having played the rest of his career at Livingston.

Jacobs holds a special piece of footballing history along with his brothers‚ twins Kyle‚ Devon and Sheldon.

Kyle still plays for Queen of the South in the Scottish Championship‚ but Devon and Sheldon have seen their careers fade.

Meanwhile‚ the Ligue 1 season in France has come to a close with all four of South Africa’s representatives in that league in action.

Keagan Dolly started for Montpellier as they drew 1-1 with Rennes to finish 10th‚ while Bongani Zungu was in action for Amiens as they lost 2-1 to Marseille and had to settle for 13th position.

Lebo Mothiba started for Lille as they were thumped 5-0 by St Etienne‚ but the job was done a week earlier when the Bafana Bafana striker scored twice to make sure Lille would not be relegated.

Finally‚ Lebogang Phiri came off the bench for Guingamp as they lost 2-1 at Toulouse and end the season in 12th position.

Thulani Serero helped his Dutch side Vitesse to clinch a place in next season’s UEFA Europa League after they beat Utrecht 5-3 on aggregate in the play-off final.