Sello Maake Ka-Ncube: I taught my children not to sleep around 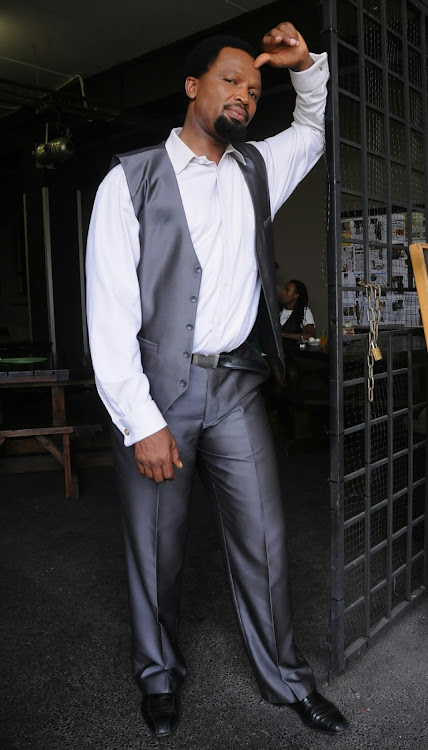 When actor Sello Maake Ka-Ncube's eldest son was 19-years-old‚ his father found out he had four girlfriends. So Sello sat his boy down for a proper chat about life and respect.

Speaking in an interview with Move recently‚ Sello said he gave his son the spoilers to the life he was living and how it would cause more trouble than good.

"I told him to learn from me because I had four children with four women at the time. I told him that life comes with a lot of lying and it is very addictive."

Sello said he always taught his children not to be promiscuous and he realised the impact of his words when‚ at his son's funeral‚ he heard friends say his son would often call them out for being promiscuous.

Sello's son died in a car accident in 2011. He told Drum at the time that he was devastated and was struggling to deal with the loss.

“I recall holding him in my arms for the first time‚ watching him walk about the house. And now to face the reality that he’s gone. It’s hard for me as a parent. You always hope your children will bury you. Now it’s the other way around.”

Uzalo star Masoja Msiza on divorce: I miss my kids

Masoja Msiza was raised by his grandmother and only saw his father's family on holidays‚ if he was lucky.
News
3 years ago

Speaking at the launch of The Ubuntu Initiative: Men Taking Responsibility last year‚ Sello said that he was doing all he could to raise his boys to be respectable men.

“As men‚ if we can stand up and begin to take care of fixing all the wrong things that are happening‚ the world is definitely going to be a better place. All the social maladies that are happening are perpetrated by men. I have four boys and I want them to grow up in a healthy environment. Once you have healthy men‚ mentally‚ spiritually‚ physically‚ that would resonate in our environment."

Phone clip the straw that broke camel's back.
News
3 years ago
Next Article