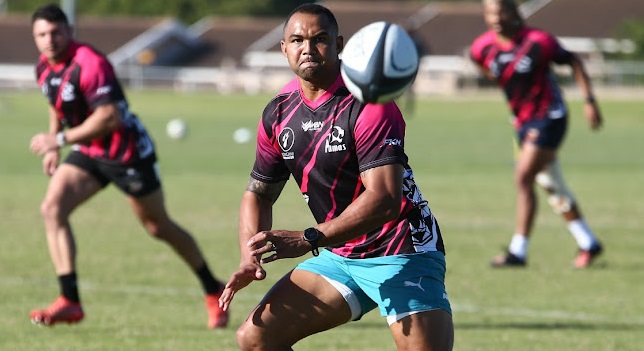 The Carling Champions match between the voted Champions Team and Italy A on Saturday at 7pm at the Nelson Mandela Bay Stadium in Gqeberha, will close off a huge rugby weekend in SA.

The game will be played immediately after the Springboks take on Wales at a sold-out Loftus Versfeld with that game kicking off at 5.05pm. Playing on the same weekend as the Boks seems to be a masterstroke by SA Rugby, the Italian Rugby Federation and match sponsor Carling Black Label.

This will be the second edition of the Champions Cup match, which is based on the successful Black Label Cup that features the two Soweto football giants, Kaizer Chiefs and Orlando Pirates, where fans get to vote for the teams that will play on the day.

The rugby faithful managed to select their match day 23 from the seven unions playing in the Currie Cup for the exciting exhibition match. The side will be coached by Pumas head coach Jimmy Stonehouse, who recently won the Currie Cup.

“After selecting the players to make up their team, fans can now look forward to choosing their captain as well as the man of the match on match day. Our USSD and Facebook messenger lines are live for anyone wanting to vote.

“Bringing the game to Gqerbha presents a great opportunity to reward a rugby-loving community with a spectacle of a match. The cream of the crop in the Carling Currie Cup will strut their stuff against the exciting Azzuri.”

“This match is another good innovation as we step up our efforts to increase fan engagement and offer something fresh for our valued rugby supporters and our loyal corporate partners,” said Alexander.

“Also, you only had to see the excitement on the faces of the Kenya players last year at Loftus to realise that the match was a real highlight for them. I am sure that the members of Italy A side will have an equally special experience when they play at the iconic Nelson Mandela Bay Stadium.”

Sharks CEO Eduard Coetzee revealed that they are looking to play some of their home games next season in London in the hopes of growing their ...
Sport
1 month ago

The Junior Springboks took control of their pool at the Under-20 Six Nations Summer Series in Italy when they won their second game on the trot in ...
Sport
1 month ago

Springbok hooker Bongi Mbonambi says it doesn’t matter to the players which pack of forwards is called to start matches.
Sport
1 month ago

Willemse could be our new Frans Steyn, says Bok coach

Springbok head coach Jacques Nienaber says they are looking forward to seeing utility back Damian Willemse get an extended run in the Bok jersey as ...
Sport
1 month ago

Junior Springboks coach Bafana Nhleko has made six changes to his forward pack for Wednesday's second pool match of the Six Nations U20 Summer Series ...
Sport
1 month ago
Next Article