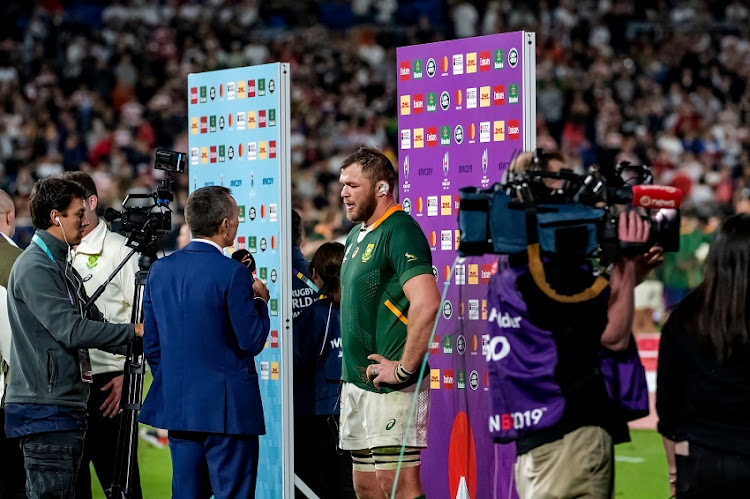 Amid increasing travel restrictions due to Covid-19‚ some of the country’s top rugby players are scurrying to get home before the 21-day lockdown announced by President Cyril Ramaphosa comes into effect from midnight on Thursday.

A clutch of Springboks and high-profile coaches faced uncertain times at Tokyo’s second biggest airport on Tuesday morning as they made a desperate bid to get back home.

Bok No 8 Vermeulen tweeted about the uncertain status of their flight from Haneda International to Dubai.

“Good times finding out our flights are cancelled as we arrive at the check in counter. Absolutely no support from @emirates. Stuck in Japan indefinitely with my family back home‚” tweeted Vermeulen followed by two angry emojis.

As it turned out the flight was merely delayed and departed at 5am and was scheduled to land at 11.50 in Dubai.

Emirates are scheduled to suspend all passenger flights as of Wednesday‚ which means the last Johannesburg-bound flight will leave Dubai at 23.25 on Tuesday night.

Ramaphosa said on Monday night that the National Command Council on the coronavirus said the lockdown was a necessary step to contain the spread of the global pandemic.

South Africans would have to "stay at home" until midnight on April 16.

Ramaphosa said essential services personnel would be the only ones exempted‚ including police‚ healthcare workers and those involved in the supply of goods‚ including food.

Emirates have issued a statement on their website regarding cancelled flights.

“As per the UAE government’s directive‚ Emirates will temporarily suspend all passenger services from 25 March 2020. We are very sorry for any inconvenience caused to our customers and travellers. These measures are in place to contain the spread of COVID-19‚ and we hope to resume services as soon as feasible‚” read the statement.

Vermeulen‚ who will join the Bulls later this year‚ had been in South Africa three weeks ago after the Japan Top League was suspended.

He was ordered to return by his club Kubota Spears.

With the league now cancelled several South Africans were free to return home.