Expect maul of the same from the Springbok pack 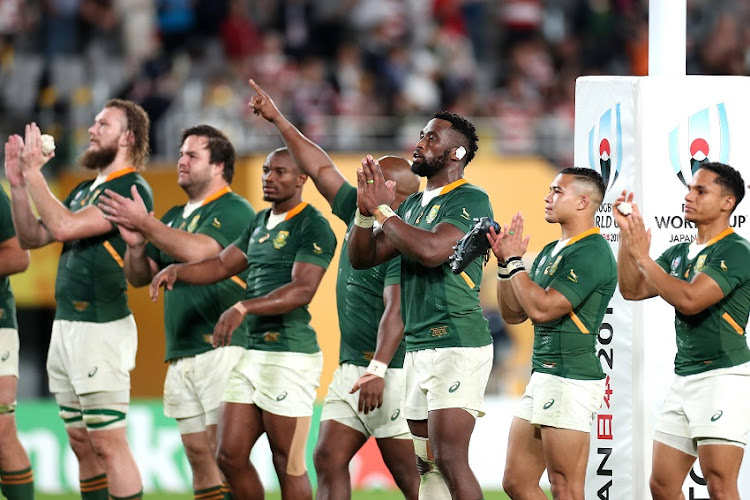 Expect more‚ if not maul of the same‚ when the Springboks take on Wales in the Rugby World Cup semifinals down the road in Yokohama on Sunday.

The Boks who have been heavily reliant on the sheer weight and height of their forwards in their last two matches that mattered at this World Cup and will again look to their pack to do the heavy lifting.

In their matches against Italy and the quarterfinal against Japan‚ the Springboks‚ apart from keeping the ball under the protective blanket of their forwards for extended periods‚ also deployed their resources in a very particular way to back up that battle plan.

Their six/two split between backs and forwards on the bench put the accent on greater forward output‚ while compromising back-up in the back division.

Frans Steyn‚ however‚ gives them flexibility with his adaptability.

Whether they will be as bold to spread their resources the same way against Wales is moot.

What is sure is they’ll play the same way.

“We are probably going to play a similar game to what Wales are going to play‚” said Faf de Klerk‚ a player most intimate with how the team operates.

“Again the aerial contest is going to be massive‚” he added‚ which is likely to infuriate his detractors.

“I think we are going to need to be very physical against them. Hopefully our defence will be as good against them as it was against Japan.

“We are going to have to force them into errors. We can’t get five opportunities and not use them. I think a lot of work is going to go into that‚” said the scrumhalf.

To complement the grunt of the forwards earning favourable field position is vital in maintaining pressure on the opposition.

The Boks will be prepared to grind it out against Wales.

They more than matched a New Zealand pack‚ albeit without Brodie Retallick‚ in Yokohama and they will feel they can put the squeeze on Wales.

Of course‚ they are unlikely to manhandle Wales like they did Japan‚ so their execution will have to be sharper.

“We’ll have to see what we can do a bit better. The guys see different things on the field as opposed to the people on the outside.

"Sometimes the ball doesn’t go to hand or you knock it on‚ but those are individual errors.

"Maybe it is a slip in focus. Those are small things and hopefully we can rectify that.”

France paid a rather heavy price for not putting Wales away when the Dragons were prone last Saturday.

They did score three fabulous tries but they squandered several other opportunities‚ which together with two kicks ricocheting wide off the uprights conspired against them in a 20-19 defeat.