All Blacks advice to the Springboks: Silence the Japan fans 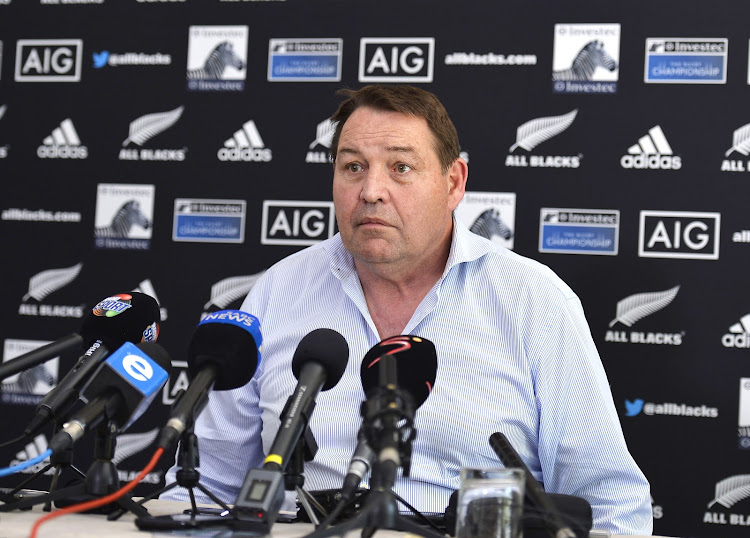 Steve Hansen (Head Coach) of the All Blacks during the All Blacks Media Stand-Up at The Vineyard Hotel on October 02, 2017 in Cape Town, South Africa.
Image: Ashley Vlotman/Gallo Images

If New Zealand coach Steve Hansen had any advice for his South African counterpart Rassie Erasmus after the All Blacks hammered Ireland‚ it is not to allow the crowd to get too vocal in their Rugby World Cup (RWC) quarterfinal against Japan on Sunday.

Hansen’s team soon silenced the boisterous Irish fans packed into the Tokyo Stadium on Saturday night by getting out of the blocks quickly and forcing Ireland to playing catch-up.

Japan’s fans were responsible for a deafening din inside International Stadium Yokohama last Sunday when the Brave Blossoms beat Scotland to qualify for the quarter-finals.

On Saturday night the Irish fans were in full voice and even tried to drown out the All Blacks’ Kapa O Pango Haka with Fields of Athenry but the All Blacks emerged more fired up following the pre match proceedings.

“The Irish are some of the best travellers in the world‚ they don't mind going anywhere for a party and they enjoy it‚” said Hansen.

“It was sort of like a home match feeling. Kiwis are not quite so boisterous even if we don’t mind a party. If you do things right‚ you can control the crowd. If you let them in‚ the crowd becomes part of the problem.

Although overall‚ the All Blacks kicked more than Ireland‚ they showed that they had advanced their attacking game from their opening encounter against South Africa in Yokohama.

“Our attack has gone to a new level and he (Ian Foster) is coaching the best I’ve seen. Scott McLeod is doing a fantastic job with the defence and my old mate Crono (Mike Cron) is certainly doing a great job with the forwards.

"We wouldn’t have a team without these four people so I’d like to thank them.”

When Ireland did carry the ball with intent they were shut out but an aggressive first line of defence. It was only in the 69th minute that Ireland centre Rob Henshaw crashed over to get his team off the mark.

“Defence is 50 per cent of the game and probably 90 per cent when you take in the psychological value of it. We kept our discipline‚ and when they carried‚ we made punishing tackles that forced some errors and then teams start to second guess a little bit and psychologically you get an edge.”

“They'll be a massive challenge but I don’t think tonight’s the night for us to be talking about that.

“We’ll enjoy our moment‚ it was a special Test match‚ one that the All Blacks‚ New Zealanders and the players can be proud of. We won’t think about England until tomorrow (Sunday). They’re not even on my mind.”