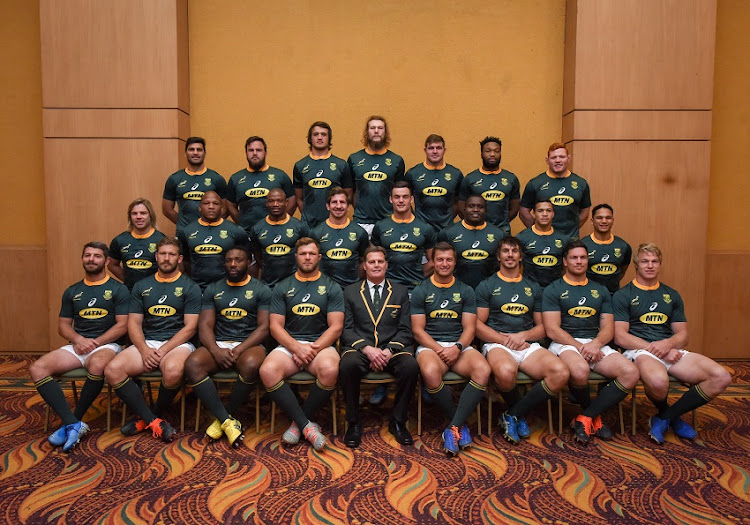 Springbok coach Rassie Erasmus moved closer to revealing his hand publicly by naming 36 players for a final training squad before next Monday’s announcement of his final 31-man World Cup squad.

On Sunday‚ following the weekend’s 24-18 win over Argentina at Loftus Versfeld to complete an undefeated build-up RWC 2019 in Japan‚ Erasmus jettisoned some obvious fringe players.

Looseforward Marcell Coetzee was omitted because of concussion‚ but still appears to be in the frame for World Cup selection.

And it seems that No 8 Warren Whiteley‚ wing Aphiwe Dyantyi and utility back Damian Willemse have lost the race to be fit in time to be considered for the initial squad.

Without any Test rugby this year it seems Erasmus has opted for a more conservative approach by sticking with the group that did duty throughout the Rugby Championship.

Willemse returned to the field after a knee injury for Western Province in a Currie Cup match last Friday and looked sharp.

Whiteley and Dyantyi have not played for months and Erasmus indicated they were out of the picture.

"Injured players like Dyantyi‚ Whiteley and Willemse are in a race against time due to bad luck‚" Erasmus said.

"They are all world-class players‚ but they have not really played a lot this year which is why it is going to be tough for them just to hop up to the top level."

With 21 forwards and 15 backs in the current squad‚ the biggest cull will come from the former group.

The camp is designed to refocus the group on the Rugby World Cup campaign.

The announcement of the 31-man squad takes place on Monday‚ 26 August‚ at 15h00 in Johannesburg.

Apart from a few team building exercises‚ the Springbok coaches and conditioning staff will put the training squad through some field sessions and a series of technical activities as the Boks continue to refine their plan for Japan.

The Springbok group will have a few closed practice sessions in the Free State capital before breaking camp on Thursday‚ after which the 31-man squad will then gather in Johannesburg for the official announcement of the RWC squad.