Goosen back at flyhalf for Cheetahs’ playoff in Llanelli 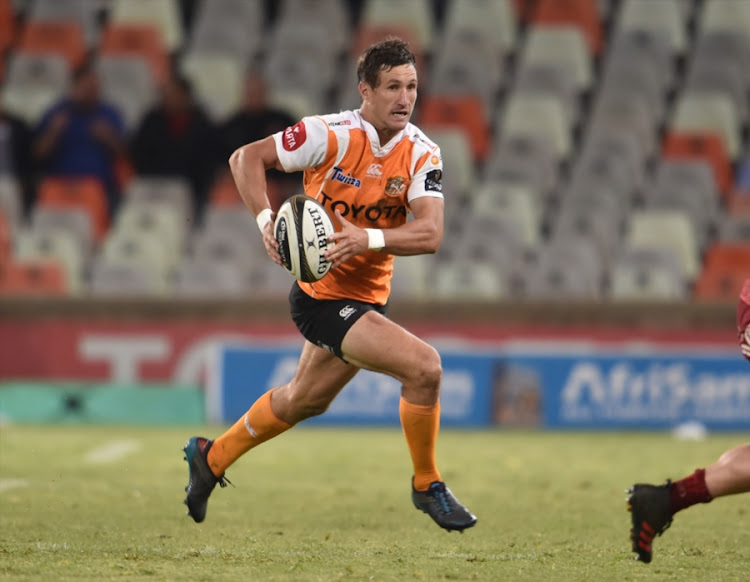 Johan Goosen of the Toyota Cheetahs during the Guinness Pro14 match between Toyota Cheetahs and Munster at Toyota Stadium on April 13, 2018 in Bloemfontein, South Africa.
Image: Johan Pretorius/Gallo Images

Johan Goosen is back in the Cheetahs’ starting team for their Pro14 playoff clash against the Scarlets in Llanelli on Saturday.

Goosen‚ who has been granted temporary permission to play for the Cheetahs while regaining his match fitness‚ started off the bench last weekend when the team secured their place in the playoffs with a win over the Southern Kings.

Two weeks earlier he broke his two-year hiatus when he featured in the team that lost at home to Munster.

The Cheetahs will be hoping Goosen can provide the spark that helped make him the player of the year in France while playing for Racing 92.

He left Racing amid much acrimony and went into self-imposed retirement in 2016 but Montpellier have since lured him out of exile and the flyhalf will join them at the end of June.

For the moment however‚ he will be central to the Cheetahs’ cause at a venue where the Scarlets have won 20 straight games in the Pro14. They haven’t lost at home in that competition since 2016.

The Cheetahs are hoping however Goosen can provide the X-factor that will earn them a semifinal spot against Glasgow Warriors next weekend.

The Cheetahs will have to be tactically smart against the team they beat in Bloemfontein in December. Downing them on home soil will require a different approach as this will be a clash in which both teams try and suffocate the other out of the contest.

They have assembled a side that features four Springboks in their starting lineup in Goosen‚ captain and centre Francois Venter‚ No.8 Uzair Cassiem and flank Oupa Mohoje.

Clayton Blommetjies‚ a star performer against the Cheetahs last week‚ has been declared fit.

Stormers coach Robbie Fleck has reshuffled his side for Saturday’s must-win clash against the Bulls at Newlands as captain Siya Kolisi plays his ...
Sport
4 years ago

Lions coach Swys de Bruin hopes an urgent examination of his team’s intensity and ball protection will help them record a first ever Super Rugby win ...
Sport
4 years ago

The Wanderers Rugby Club has made allegations of racism against the Roodepoort Rugby Club‚ claiming players from the latter physically attacked their ...
News
4 years ago
Next Article