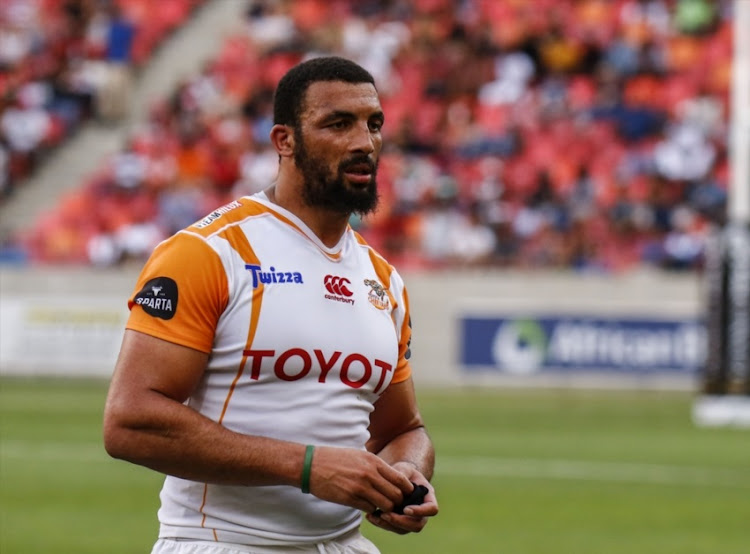 Uzair Cassiem of the Cheetahs during the Guinness Pro14 match between Southern Kings and Toyota Cheetahs at Nelson Mandela Bay Stadium on January 13, 2018 in Port Elizabeth.
Image: Michael Sheehan/Gallo Images

The Cheetahs may well cement a prolonged future in the Pro14 with victory over the Scarlets in their playoff on Saturday‚ but they’ll be hard pressed to do so in a community steeped in rugby history.

As a Welsh regional entity the Scarlets may only have been established in 2003‚ but their principal feeder team‚ Llanelli‚ has roots that extends to the mid-1870s.

The club was at the forefront of the Welsh revolution in the 1970s as names from the principality became etched in rugby folklore for the free-spirited but stunningly effective way in which they played the game.

The club was put on the rugby map with their 9-3 victory over the All Blacks in 1972.

Painting the town red apparently comes naturally‚ but whether Bloemfontein will run dry as a result of a Cheetahs win is highly debatable.

The Cheetahs go into the clash as underdogs against a side in the throes of reestablishing the fearsome reputation they had in the 70s.

In front of feverish home support and under the guiding hand of wily Kiwi coach Wayne Pivac‚ the Scarlets are again a force to be reckoned with.

Cheetahs captain Francois Venter‚ who may be playing in his last match for the team should they lose‚ says his team hasn’t had time to weigh up the significance of a win for their franchise.

If they haven’t thought about the gravity of this clash the Cheetahs are unlikely to be aware of the weight of history behind the Scarlets.

Not that it matters.

“I don’t think everybody thought about it‚” said Venter. “We are so focused on the process and what we need to do. This is the first time I’m thinking about it.

“I know it is a cliché to say that it is just another match. Everybody knows you don’t get another shot at it‚” said Venter.

That kind of urgency is commendable.

They are after all up against a side rediscovering their aura. Increasingly Wales are keeping their top talent at home and their teams are better for it.

“We’ve faced teams in South Africa that have had 10‚ 12 internationals in their team‚” countered Cheetahs coach Rory Duncan. “We don’t look at individuals. We look at what the team does. We don’t get caught up in the hype in of teams having many internationals.

“In saying that‚ we are privileged to have quite a few internationals in our team‚” said Duncan.

Those players have helped take the Cheetahs to the playoffs in their maiden season in the Pro14. They’ve literally come a long way and it is lessons learnt on that journey that will prove a valuable ally in Llanelli on Saturday.

“Pro rugby is all about a pressure game‚” noted Venter. “It’s all about moments. Who can put the pressure on the other side and force penalties.

“I think our biggest adjustment we had to make was finding the balance between running and kicking.”

After early defeats they’ve done just that but they will need to delve deeper against the redoubtable Scarlets. The winner will face a trip to Scotland where they’ll meet Glasgow Warriors in the semifinals.

Stormers coach Robbie Fleck has reshuffled his side for Saturday’s must-win clash against the Bulls at Newlands as captain Siya Kolisi plays his ...
Sport
3 years ago

Lions coach Swys de Bruin hopes an urgent examination of his team’s intensity and ball protection will help them record a first ever Super Rugby win ...
Sport
3 years ago