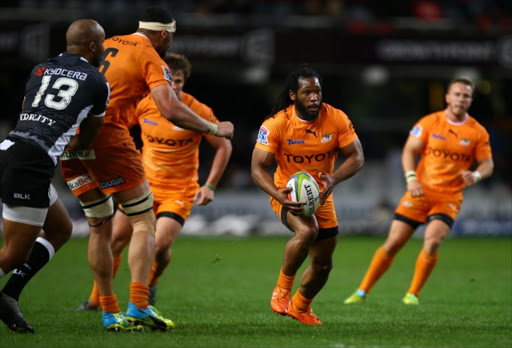 Saturday’s Pro14 finals series play-off against the Scarlets in Llanelli looms as potentially the biggest game in the Cheetahs’ history.

Yes‚ they’ve won the Currie Cup a few times but this could put them on the map.

Coach Rory Duncan‚ however‚ lingeringly hugs the humdrum‚ and he’s desperate to treat this clash like any other.

The last time the Cheetahs’ featured in the knock-out stages of an international tournament they narrowly lost to the Brumbies in a Super Rugby play-off clash in Canberra in 2013.

Duncan however on Wednesday brushed the weight of the occasion aside.

“It is obviously a special game for us‚ and the guys realise that we are in a play-off.

'It is exciting for us to be here. In terms of how we handle it‚ it’s just another week for us.

'We will focus on the task that faces us‚” Duncan said matter-of-factly.

Duncan’s approach is predictable but also understandable. The Cheetahs won 12 of their 21 matches in league play to make the play-offs at their first attempt.

They were quick learners and don’t want to deviate from the script that helped get them there.

In the Scarlets‚ who are coached by Kiwi Wayne Pivac‚ they face opponents who are one of the most improved sides in the competition.

The Scarlets’ impressive home record has invoked memories of the successful Llanelli team of the 1970s.

They are unbeaten in the Pro14 at home this season. In fact… “the last time the Scarlets lost a home game in Pro14 was in 2016‚” Duncan reminded.

“It is a fantastic challenge for our players. They are a quality outfit and they have some great players. We’ve done our prep and it is business as usual for us.”

Apart from rural roots captain Francois Venter can spot similarities between the team he leads and the side from west Wales.

“They’ve got Leigh Halfpenny at the back. He has a huge kicking boot and has 100 percent kicking accuracy as far as I remember. From turnovers‚ like us‚ they try and capitalise from mistakes.

"We want to be characterised as being brave and I think the same applies to them.

"They are a bit more structured than we are. They have some experience in terms of the internationals playing for them. There’s are comparisons.”

Llanelli may have Halfpenny but the Cheetahs are expected to unleash the booming boot of Johan Goosen from the start. Duncan confirmed the Bok utility is a strong candidate to see action from the start.

He was confident fullback Clayton Blommetjies‚ who delivered a strong performance against the Southern Kings last weekend‚ would be fit after suffering an ankle injury.

“Clayton’s swelling has gone down. We will assess and make that call on Thursday.”

The winner of Saturday's match will meet Glasgow Warriors‚ who topped their pool‚ in the semi-finals.