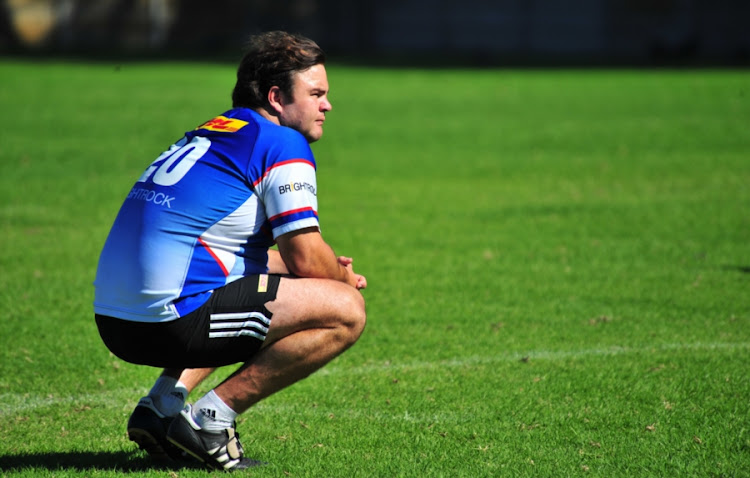 The embattled Stormers have received a boost with the news that Springbok tighthead prop Frans Malherbe is set to make his first appearance of the campaign this weekend.

Scrumhalf Dewaldt Duvenage and former Bok wing JJ Engelbrecht are also set to return to the squad for Saturday’s clash against the Sharks in Durban‚ which is a must-win game for the Cape Town side.

The Stormers have lost five out of eight matches in 2018 and need to earn some valuable away points before a run of five home games.

Two recent losses against the Bulls in Pretoria (23-33) and the Lions in Johannesburg (31-52) have been particularly poor displays.

That has been more concerning than the results.

“But we got three or more people to choose from‚ which will be good. Jean-Luc du Plessis needs a week with John Dobson obviously‚ but we would like to think that JJ Engelbrecht‚ Dan Kriel and Duvies [Duvenage] will be back. We have been a bit short on numbers at times.

"Frans [Malherbe] is good to go‚ so we are certainly in a better spot on that side of things than we were two weeks ago."

The Sharks are similarly under pressure after losing 40-10 at home to the Bulls last weekend‚ and will be itching to make amends against their old foes.

“I don’t read much into the Sharks performance against the Bulls‚” Feeney said.

“They will be disappointed and their coaches will have had a few things to say. As a result they will training extra hard‚ so it’s not really a good thing for us.

“We have been disappointed in our last two performances and we are working at attention to detail in different structures. Things like an extra pair of hands to score a try‚ or an extra person in the defensive line.

“We’ve had a few poor starts‚ but you can’t just say ‘we want to make a good start’‚ and then have no plan B if you don’t. It is difficult to play catch-up‚ but if it happens the leaders have to take control and we have to regroup and deal with it.

“It’s hard to say if our campaign hinges on the result of this game. We have eight matches left. The Lions have had six home games so far and we’ve had three.

“We have five home games after this weekend and are away to the Sunwolves and the Jaguares.

"The draw has certainly been a factor in the situation‚ and a win would be very important. But if we lost this weekend and won the next seven‚ we will be in the mix at the end I’m sure.”

The Border Rugby Union (BRU) was placed into provisional liquidation on Tuesday‚ which has not only left 24 contracted players potentially without ...
Sport
4 years ago

It took a simple change of midset and back to basics discussions with Bulls coach John Mitchell to turn around Warrick Gelant’s campaign in Super ...
Sport
4 years ago

Springbok coach Rassie Erasmus has called up 15 Sharks players to his final ‘alignment’ camp before the June internationals.
Sport
4 years ago
Next Article