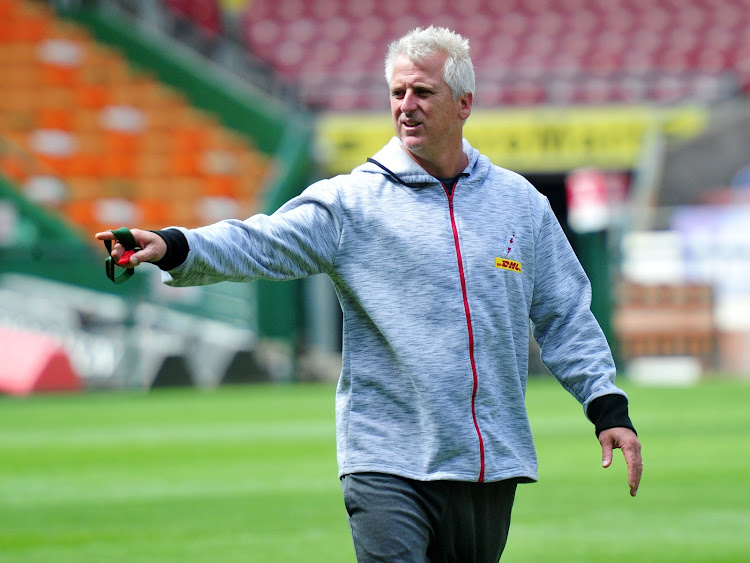 Beleaguered Stormers coach Robbie Fleck still has the backing of the Western Province board after a poor first half of the 2018 Super Rugby campaign.

The Stormers have lost five of eight matches – all away – and have leaked a disappointing 37 tries in those eight matches.

A swathe of injuries that have cost the side key players hasn’t helped the situation‚ while the fixture list has also been difficult‚ with six away matches in their first nine outings.

They only have their first bye this weekend.

The Stormers have been without Bok captain Eben Etzebeth and tighthead prop Frans Malherbe the entire campaign.

Fleck‚ who has a contract until the end of the 2019 season‚ met with union president Theo Wakefield and director of rugby Gert Smal on Monday to assess the situation.

Meetings between Fleck and Smal are a regular occurrence‚ but Wakefield’s presence indicated that the riot act was read.

Wakefield declined to comment to TimesLIVE when asked about the meeting and its outcome.

But he did speak to the Afrikaans press‚ confirming that Fleck still had the board’s backing. Wakefield also told Netwerk24: “It was a very long meeting without emotion.

“We identified areas in our game that need serious attention‚ but what became clear was that injuries to key players played a big role.

“It limits the coach’s choices and it means that the (rest of) the players have to play every week. [Tighthead prop] Wilco Louw is a good example of a player that is not getting rest. On paper and in key positions we’re a very young team.”

But he did issue a veiled threat via the same outlet: “We can’t afford empty stands at Newlands‚” Wakefield said.

“We want to sell suites and tickets and build our support base. And we won’t achieve that with the rugby we’ve been playing.”

Although there weren’t high expectations that the Stormers would win matches on their Australasian tour where they lost to the Waratahs‚ Crusaders and Highlanders‚ recent defeats to the Bulls (33-23) at Loftus and the Lions (52-31) at Ellis Park were alarming.

In those two matches the Stormers appeared lacklustre for large parts and conceded too many soft tries. Fleck admitted that the performances were sub-standard.

A bye might be exactly what the Stormers need before their next match‚ another away fixture against the Sharks in Durban.

After that the Stormers have five home games in their final seven fixtures with away matches against the Jaguares and Sunwolves to follow.

The Stormers should also see the return of Etzebeth and Malherbe next month‚ while SA conference pacesetters the Lions embark on a four-match Australasian tour next week.

Fleck remained defiant that with a run of home games to come‚ the Stormers could still turn their season around.

For now he still enjoys the board’s backing‚ but wins are vital if he wants the situation to remain that way.

Mark Alexander was reelected as president of SA Rugby for another four years at the organisation’s annual general meeting in Newlands on Friday.
Sport
4 years ago

No Rugby Australia sanction for Israel Folau over anti-gay post

Rugby Australia (RA) has declined to sanction Israel Folau over his anti-gay comments last week and will instead continue a dialogue with the ...
Sport
4 years ago

The Lions may be in possession of a winning recipe in derby matches but don’t ask them to identify its component parts.
Sport
4 years ago

The Lions’ Super Rugby campaign roared back to life against a shell shocked Stormers here on Saturday.
Sport
4 years ago
Next Article