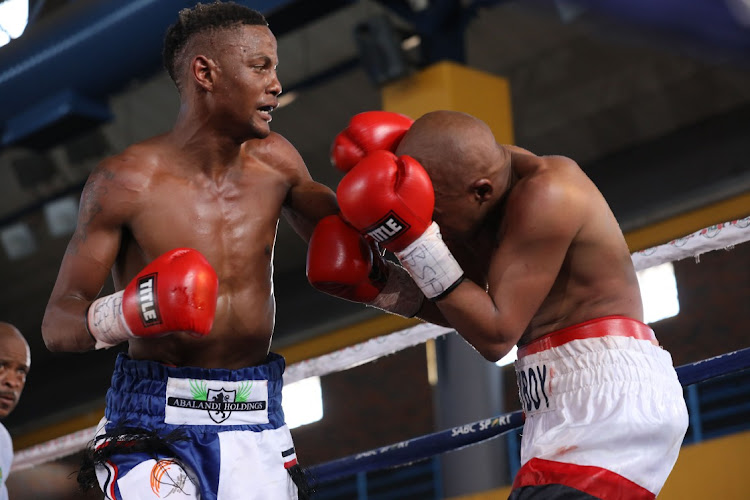 Just when the it was concluded that Thabang Ramagole will soon sign the contract to challenge for the SA flyweight boxing belt, based on fact that he is the No 1 contender for the national title held by Jackson Chauke, on Sunday he stepped into the ring for what was viewed as just a preparatory fight.

But Ramagole chose a wrong opponent in Tiisetso Modisadife. The supposed soft opponent upset the applecart by knocking out Ramagole in the seventh round.

The loss in front of his home fans at Orlando Communal Hall in Soweto has cost  Ramagole dearly as this means he'll forfeit the top spot in the rankings. Modisadife might even overtake him but all will be revealed in the next latest BSA rankings next month.

Modisadife showed his intentions from the first round with his relentless attack, putting Ramagole under enormous pressure, and forced him to focus in dealing with his array of vicious blows while unable to get in his own gear. Modisadife was consistent in his aggression, wearing him down with body shots and staggering him numerous times with combinations to the head.

In the process he broke Ramagole’s spirit whose body language from round five onwards was that of a beaten man who needed intervention. He rescued himself by going down after being caught with combinations as he was trapped against the ropes in the seventh round.

After his loss, Ramagole’s trainer and father, Lucky Ramagole, was back in the corner to bark instructions to Onke Duku. However, he too was stopped, in the ninth round by Henriques Lando from Angola. They were fighting for the vacant ABU SADC welterweight belt.

Duku and Thabang Ramagole, despite their defeats, enjoyed big support since TLB Promotion chose to bring tournaments to their hood. The fans were clear winners with their emotional involvement in the fights as they uplifted the hall with spirited singing and dancing.

Meanwhile, Lando was no way all alone as he enjoyed support from a large crowd of Congolese fighters and boxing followers who included reigning WBC cruiserweight world champion Ilunga Makabu.

Another DR Congo fighter, knockout artist Emmany Kalombo, pulverised Malawian Chikondi Makawa into submission in three rounds in what was his 15th knockout win in 16 fights. He has one loss.

Fight fans reacted with astonishment to how efficient Mzuvukile “Old Bones” Magwaca ended his comeback fight in four minutes against Sanele Maduna at ...
Sport
1 month ago

Ashley Sexton is in hospital after his fifth-round technical knockout loss to Sabelo Ngebinyana for the vacant IBF International bantamweight title, ...
Sport
1 month ago

Tyson Fury emerged unscathed from a turbulent fight week to cement his place among the greats of heavyweight boxing with a stunning TKO win over ...
Sport
1 month ago

Today marks 21 years since SA proved to be a global player in hosting “A” list sporting events.
Sport
1 month ago
Next Article