Trainer invites critics to get educated about ‘The Sweet Science’ 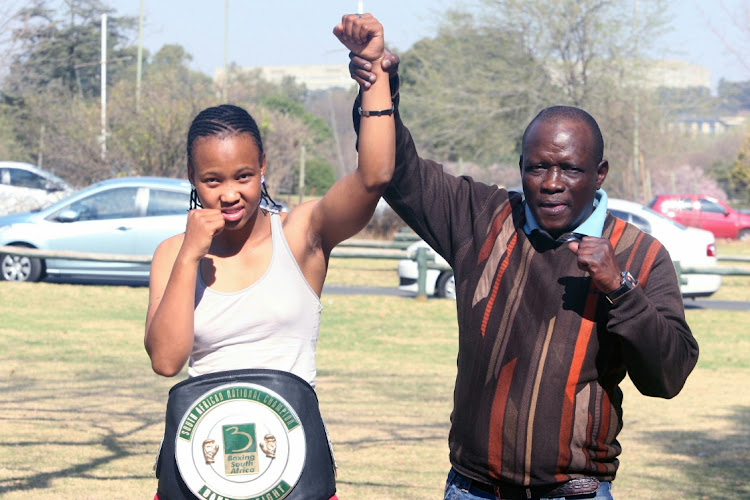 Critics who always laugh at boxing’s self-important nickname “The Sweet Science” because they view it as just being violent have been invited by trainer Elias Mpembe to present themselves at EFC’s performance institute in Fourways next week to get educated about the art behind throwing of punches.

His charge Gabisile “Simply the Best” Tshabalala will welcome Malawian Ellen “Tigress” Simwaka in one of the bouts of ESPN Africa’s maiden tourney on Thursday.

Boxing requires the fighters to be fierce tactical, and have a certain amount of anticipation for their opponent’s next move – hence “The Sweet Science”.

But those who still have doubts must either present themselves at EFC’s performance institute or tune in on DStv 218 where ESPN Africa will televise all its fights.

Tshabalala has previously held the SA and WBF junior featherweight belts. She will meet Simwaka in an international non-title fight.

“I am inviting those people who have always questioned the science in boxing to come see, learn and enjoy the fine art behind throwing of punches,” said 57-year-old Mpembe, who has been with Tshabalala since 2006.

“There is just too much at stake. Simwaka has said a lot of things and even promised to do to Gabisile what she has done to other South African boxers who are regarded as being the best.”

Simwaka is the rugged Malawian whose aggressive style of fighting makes it very difficult for an average thinker to show their potential.

She swarmed classy fighter Smangele “Smash” Hadebe with volumes of punches in their fight for the WBF International bantamweight title in 2018, and the 2017-18 BSA prospect of the year award winner found solace from a referee who stopped the proceedings in the seventh round.

Simwaka pummelled Melissa “Honey Bee” Miller – then SA bantamweight champion – in three rounds of their 10 rounds scheduled fight in what was her last appearance in October 2020. Simwaka from Lilongwe has won eight of her 15 fights of which seven were against South Africans in local rings.

Fight fans have been waiting with bated breath for this fight, especially after Mpembe and Simwaka’s trainer Junior Assoya exchanged verbal barbs in the exciting build-up for their fight in August last year. Sadly Tshabalala tested positive for Covid-19 and the fight was cancelled.

“We signed a contract with Abbey Mnisi (matchmaker) to fight against an orthodox (right hander) and our preparations were according to that – then Abbey came to us later and said we will be fighting Nxokwana,” he said. “I discovered later that she is a southpaw; the time was against us to change our preparations.”

Topping the bill will be the 12 rounder for the SA mini flyweight title. Champion Bangile Nyangani will defend against Thembelani Okolo. There will be three more fights and action begins at 6pm.

Trained by retired professional boxer Samson Ndlovu, Ngubane has been given a chance to regain her domestic title. She will oppose Rushda Mallick for ...
Sport
6 months ago

Moruti “Baby Face” Mthalane is heartbroken after he was a subject of fake news that he had been involved in a fatal accident.
Sport
6 months ago
Next Article