'The Rock' will challenge Makabu for the WBC cruiserweight title 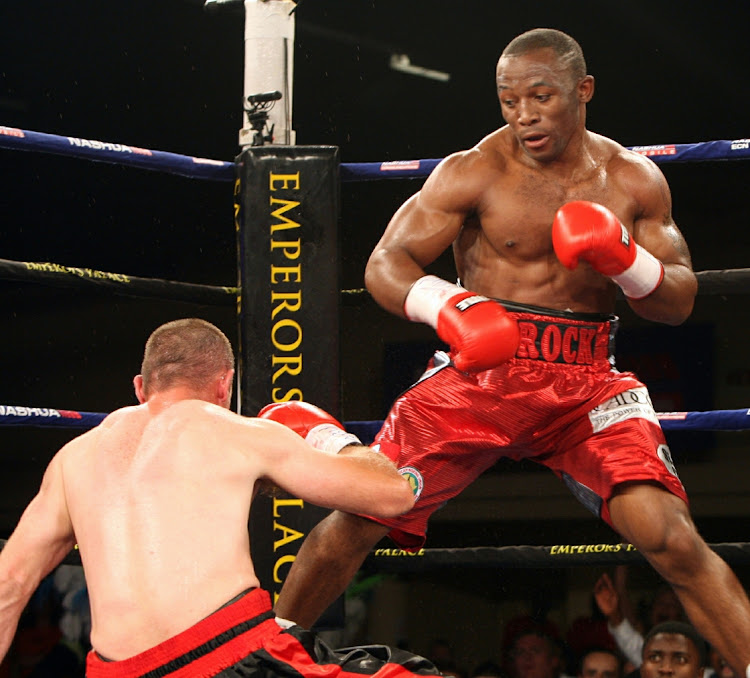 Thabiso “The Rock” Mchunu and his camp, led by trainer Sean Smith, jet out tonight to Mexico where he will close off preparations for the biggest fight of his life – challenging for the WBC cruiserweight belt that is held by Ilunga “Junior” Makabu from Congo.

Mchunu failed to win the WBO – one of the four most respected boxing bodies, others being the WBA, WBC and IBF – in 2016 against Oleksandr Usyk. The Ukrainian went on to be the undisputed champion before moving to the heavyweight division where he dethroned Anthony Joshua as the WBA Super, IBF, WBO and IBO heavyweight champion in September last year.

Mchunu’s fight against the Congolese – who stopped him in the 11th round of their elimination fight in 2015 – will take place in Ohio, which is home to promoter Don King who will actually organise the fight on January 29.

Smith – the son of Kosie Smith who held the SA light heavyweight title during his heydays – explained that they will spend 10 days in Mexico before proceeding to Ohio on January 22.

“That is where we will close off our camp,” he said yesterday. "Two weeks is good enough, you know spending too much time away from home for such fights can get into you.

Look, all is going well – it’s a smooth transition – everyone in the camp is healthy; we just want to get inside the ring on January 29.”

Smith and Mchunu had no Christmas break. "We trained right through,” he said. “Thabiso has had a good camp, I must say, sparring with Kevin Lerena and Chris Thompson [both left handers].”

Mchunu – like Lerena and Thompson – is left-handed. Interestingly, Makabu is also a southpaw. He won the title in 2020, and last defended it on January 1 last year at home where he stopped US-based Nigerian Olanrewaju Duradola in the seventh round.

Smith says they know the magnitude of the fight. “We’ve been preparing with the best to take the win on the night,” said Smith. “It is a great honour for me personally to get Thabiso to this point in life as a boxer... but what is most important is to converge this opportunity.

"It will be a big milestone to add the number to three of South Africans who have won the WBC belt – the first two being Surgarboy Malinga and Dingaan Thobela – who held the super middleweight belts."

While the British Boxing Board of Control has suspended tournaments under its jurisdiction for the month of January due to growing positive cases of ...
Sport
4 months ago

We look at some boxers that could – if given fair opportunities – set boxing on fire this year.
Sport
4 months ago

Right now there is no fighter you can point a finger at and say he is the next world champion after Moruti Mthalane and Zolani Tete purely because ...
Sport
4 months ago

Despite tough Covid-19 conditions, some licensees in different categories soldiered on. It is unclear if BSA will have the annual awards to recognise ...
Sport
4 months ago
Next Article