Live ceremony uncertain due to Covid-19 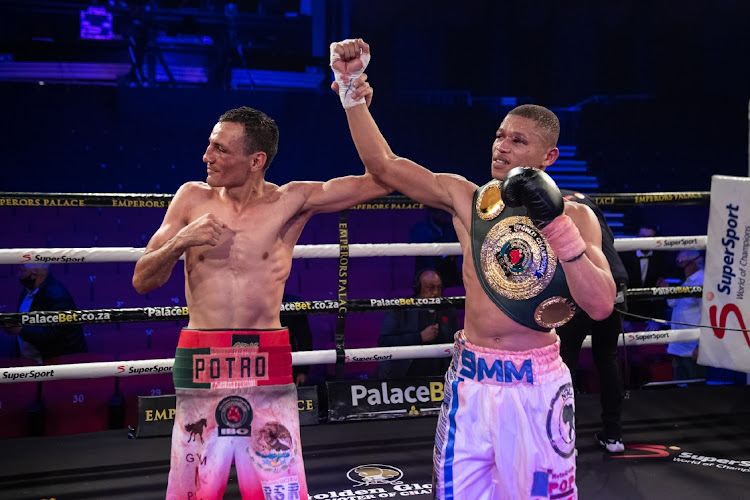 While most of these notable individuals died of Covid-19 complications, 30-year-old Moloisane and his girlfriend allegedly died from carbon monoxide poisoning from a braai on Christmas Day.

Despite tough Covid-19 conditions, some licensees in different categories soldiered on. It is unclear if BSA will have the annual awards to recognise individuals who excelled in their assignments. Sowetan has put together a wish list of deserving winners.

His understanding of the sport and aptitude to put together matches that talk to the fans has made him the sought-after matchmaker.

The former professional footballer for DStv clubs Maritzburg United and Golden Arrows caught the attention of the fight fraternity and remains undefeated in four fights since making his pro boxing debut on December 19 2020.

His ability to overcome human hurricane Jose Martin Estrada Garcia on June 19 at Emperors Palace and the fact he is the only boxer locally who fought for a high-profile title last year – the IBO junior-featherweight belt – makes him the appropriate recipient of this award.

Fight of the year: IBO junior-featherweight championship between Lamati and Garcia

While it was an energy-sapping and punishing 12-round bout for the two boxers, it turned out to be an exhausting one for those who followed the action at Emperors Palace on June 19 on SuperSport. It had all the attributes for the fight of the year.

Most promising trainer of the year: Charity Mukondeleli

With little experience, he turned the misfortunes of journeyman Prince Dlomo around to help him win the SA junior-welterweight title. Mukondeleli also helped Ndobayini Kholosa, who had become a stepping stone, retain the SA lightweight title. The former pro boxer also guided Thato Bonokoane to the WBF Intercontinental junior-featherweight title.

Trainer of the year: Vusi Mtolo

Grossly undermined due to the fact he spent almost 20 years as an assistant to Colin Nathan before they parted ways in August, Mtolo did wonders with the help of Sechaba Mabuya last year. They produced an SA and IBF Continental Africa champion in Shervontaigh Koopman, as well as WBA Pan African holders Roarke Knapp and Lusanda Komanisi. Mtolo also trains Khumalo.

Upset of the year: Ayanda Ndulani vs Nkosinathi Joyi for the IBO minimum weight title

Ndulani (10-2-1) vs Joyi (28-5-1) seemed like a mismatch on paper.  ‘Fireblows’ proved an apt nickname for Ndulani who demolished the former dual world champion in just four rounds.

Budler bounced back three years after losing the WBA Super junior-flyweight belt to overcome Jonathan Almacen from the Philippines on June 22 to win the WBC Silver title.

Ron Jackson, doyen boxing writer and historian whose unwavering passion and commitment to boxing dates back to 1949, and Andre de Vries, who is a boxing historian, statistics and record compiler. De Vries is chairperson of the ratings committee.

Pugilist maestro Rodney Berman, who still has a penchant for staging super shows despite having done it all in the past 40 years.

Best fight venue of the year

Booysens Gym, which has gradually become the home of boxing in Gauteng.

WBC heavyweight champion Tyson Fury and Anthony Joshua will face each other at some point as that is the fight people want to see, said Todd DuBoef, ...
Sport
1 month ago

The nation's boxing lovers have been urged to rally behind Kevin “Two Guns” Lerena as he continues his journey to the heavyweight ranks.
Sport
1 month ago
Next Article