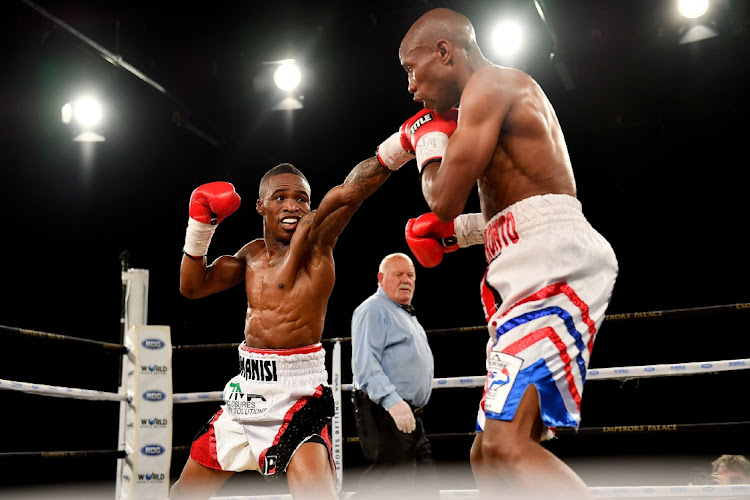 He was asked if the fight was still going ahead because there has been no publicity surrounding it.

Bikitsha, of Kagiso on the West Rand, will travel to East London where he will take on Eastern Cape's former SA and IBO featherweight champion Komanisi for the WBA Pan African lightweight title. The fight will take place at Orient Theatre on Saturday afternoon.

Dipheko said: “No, we are not fighting Komanisi this weekend but instead we are going to beat him.”

Bikitsha is yet to win a title in his young career, which began in 2017.

The lanky 26-year-old tasted defeat against Dennis Mwale before he was overmatched with ring veteran and former world champion Tshifhiwa Munyai, who won their fight over 10 rounds on points in 2019.

Dipheko still maintains his charge was robbed in that fight. “They were sure it would be a walk in the park for Munyai but he had to be assisted by judges in making sure that he won the fight,” he said, adding that he has a history with unknown fighters going up against so-called big names.

“I am telling you now that I don’t think Komanisi will hear the bell ring for round 12. If Komanisi loses on points he would have been severely punished.”

If longevity, experience and the quality of opponents faced determine a boxing result, then Komanisi should easily sweep Bikitsha aside. Komanisi, 36, of Mdantsane, has chalked up 21 knockouts in 24 wins against six losses while Bikitsha has five wins in eight fights.

WBA supervisor Stan Christodoulou has confirmed that the three knockdown rule was applicable in his Pan African middleweight title fight between ...
Sport
1 month ago

A large contingent of boxing fans, whose devotion to the fistic sport could not be reduced by the anxiety that is caused by the growing positive ...
Sport
1 month ago