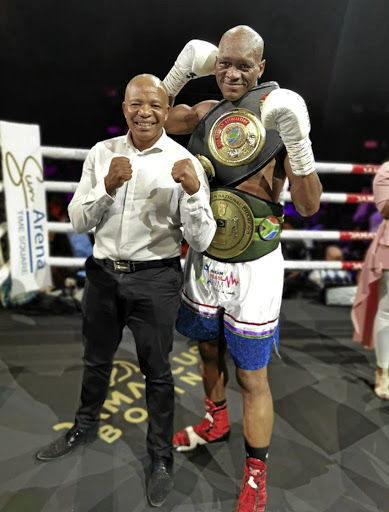 Luthando Jack is a man of honour. Jack and his six colleagues were appointed as BSA's board in December last year with a term ending in 2023.

They have displayed a rare skill and that is listening to what licensees had to share with them during their national roadshows.

For the record, provincial structures enabled the likes of promoter Branco Milenkovic to become household names after staging many high-profile tournaments that gave prominence to a number of boxers including Moruti Mthalane, Nkosinathi Joyi, Ali Funeka, Malcolm Klassen and Vus’Umuzi Malinga.

In what can be translated as indicating right yet turning left, BSA charged Free State promoter Lebo Mahoko for allegedly contravening lockdown restrictions by allowing an MEC for sport in his province to attend his tournament in Kroonstad on December 12 when fans were prohibited from attending tournaments.

The same government assisted Mahoko financially to give licensees, a matchmaker, boxers, trainers and managers the golden opportunity to earn some money when the majority of them in the country had not seen action for almost a year.

Mahoko is the only active promoter in the Free State. His case, which dragged on, prevented him from doing what he has passionately done for over 10 years.

But Jack announced yesterday that they had called a  truce with  Mahoko. “The matter has been settled; we arrived at an amicable decision; he unconditionally admitted to the weaknesses in relation to how he engaged BSA around his tournament and BSA has since accepted this,” he said.

“He remains a licensee of BSA, which means that he can exercise his rights. We must be servants of the sport in the real true meaning of the word, and most importantly be an enabling board. As I said in December, we must work with the fraternity; bring it on board and march with them. Our role as the board must be that of catalyst as opposed to us being seen playing a dominant role in the affairs of boxing."

Mahoko was not available for comment when contacted yesterday. In the said tournament, Anthony Moloisane won the ABU SADC junior lightweight title after knocking out Romeo Makwakwa from Malawi in round 10.

The champion from Senekal in Free State has not been afforded the opportunity to defend that belt and earn some money.

Colin Nathan has been vocal about his fighters contesting minimal titles but explained what forced him to support Hedda Wolmarans in her fight for ...
Sport
3 months ago

SA has not had a decent heavyweight boxer to hold his own against the best in the world. This country, however, has had world champions in Gerrie ...
Sport
3 months ago

Berman ecstatic as boxing fans are allowed back into venues

Rodney Berman reacted like a kid in a candy store when informed yesterday that finally doors have been officially opened for sport fanatics.
Sport
3 months ago

TLB Promotions has started cooking up a storm of a boxing feast which promoter Joyce Kungwane says will be dished out to fans during the festive ...
Sport
3 months ago
Next Article