Cindy quits from crucial positions at regulatory board 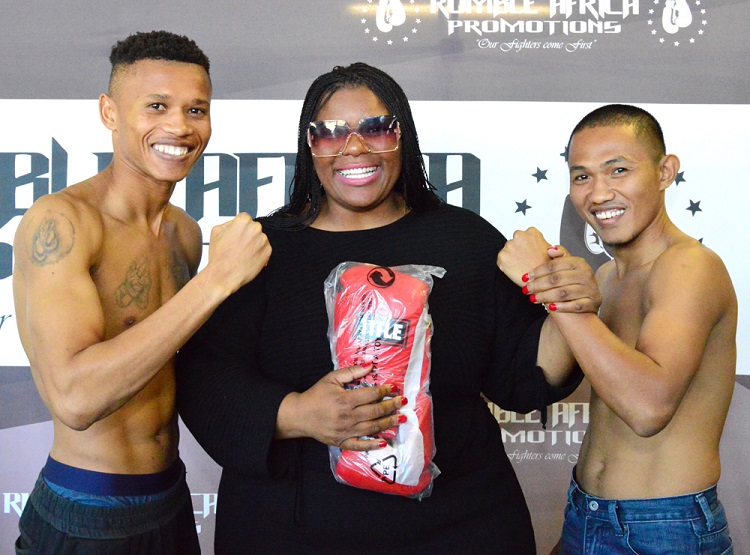 Cindy Nkomo’s resignation as director of operations and acting CEO of Boxing SA is a huge loss for boxing in terms of administration, says CEO of Rumble Nomfesane Nyatela.

She was reacting to Nkomo’s resignation from the regulatory board last week. Nkomo was permanently employed as the director of operation of BSA before being appointed in August last year as acting CEO following the sudden resignation by Tsholofelo Lejaka. She had been with  Boxing SA for four years.

“You see, I will tell you one thing with Cindy, she had no favourites,” said Nyatela. ‘I had my disagreements with her over certain boxing matters. You know she would always say ‘if you want the office of Boxing SA to help you as a licensee please communicate it; we are there to serve you guys and the sport’.

“She would say some people want her to treat them differently from other licensees, and she refused to do that because boxers, trainers, managers, promoters and ring officials are all BSA licensees and should be treated equally.”

Nyatela made an example of Rumble when it owed BSA some monies. “We wanted to stage a tournament and she put her foot down, and said we will not get the sanctioning letter until we pay what we owed; we were mad but we paid and she gave us a go-ahead,” said Nyatela. “My friend Joyce Kungwane had similar issues and Cindy cancelled her tournament until she paid. You can hate her for other reasons but deep in your heart you know that administratively Cindy was the best.”

Apparently a resolution was taken by the board of BSA on that matter. When a promoter owed levies they would not be allowed to stage tournaments until he or she had paid a certain percentage of their debt.

It is rumoured it was the board’s decision to allow a Xaba Boxing Academy tournament to go ahead last Friday night in East London that left Nkomo with no choice but to leave because she felt undermined. Nkomo had indicated that she would not sign the sanction letter to permit new promoter Linda Saliwa to go ahead with that tournament – his first – at East London’s ICC Hall.

That was because, according to the BSA office in Pretoria, the application did not comply with all the requirements – one being that it had not been submitted on time, which is 30 days prior to the actual date of the tournament.

It is still unclear who exactly signed the sanctioning letter for Saliwa. But board member Sakhiwo Sodo, who is also chairperson of the sanctioning committee, is quoted as saying: “Imagine if we did not approve the tournament when the Filipino [Jaysever Abcede who lost to Nhlanhla Tyriha for the WBO global belt in the main bout] was already here. What message would we be sending to the international boxing world.”

Nkomo would not entertain the question around this matter and instead said her resignation had to do with basic principles. A similar case in which a CEO was overruled happened in 2018. Nkomo cancelled a Xaba Promotion and Events tournament. She was acting on the instructions of Lejaka.

Lejaka eventually resigned in August. The board appointed Nkomo in an acting capacity.

Cindy Nkomo has resigned from both her positions as Boxing SA’s director of operations and acting CEO.
Sport
3 weeks ago

The Eastern Cape boxing fraternity does not easily warm to outsiders. One person who has constantly come under attack from them is Gauteng referee ...
Sport
3 weeks ago

Dlamini hopes to make most of second chance

Lerato “Lights Out” Dlamini refused to allow emotions to get the better of him when the WBC relieved him of its silver featherweight boxing title in ...
Sport
3 weeks ago

Kunert can fulfil his jailhouse promise

Winning the SA boxing championship belt on Sunday afternoon will fulfil the commitment made by Abdzul-Aziz Kunert in 2014, when he walked out of ...
Sport
1 month ago
Next Article