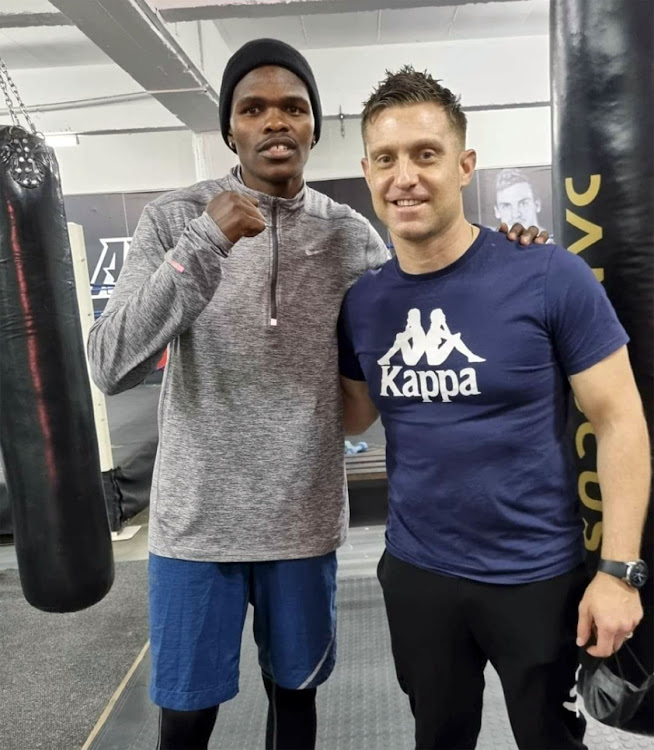 WBF lightweight champion Ayanda "Greyhound” Nkosi has been given all the blessings he needs in pursuit for a brighter future under new management of Colin “Nomakanjani” Nathan.

Vus’Umuzi Malinga, who was responsible for the promising career of the 27-year-old former Gauteng and SA champion – said he and his older brothers Peter and Patrick have nothing but best wishes for Nkosi, who has joined Nathan's HotBox Gym.

The Malinga brothers guided him to winning the provincial, WBA Pan African, national and WBF belts.

After his stunning seventh-round stoppage of former WBA champion, Mexican Emmanuel Lopez, in 2019 for the WBF belt, Nkosi had to vacate the SA title to focus on his international journey. He won 14 of his 15 fights under the Malinga brothers.

“That is true; he’s gone for greener pastures,” said Vus'Umuzi. “There is nothing we can say although we are disappointed. He said he thought well about his decision. We are going to produce more champions; boxing is in our bloodstream. This is certainly not the end for us. We wish the boy the best of luck.”

Said Nkosi: “I was no longer happy where I was. I needed change to pursue my dream. There is no hard feelings, I spoke to my previous trainers who seemed not okay with my departure.”

Nathan said: “Ayanda approached me for a meeting which took place on Monday. After our discussion, he said he needed time to sort out his issues with his former trainers. He came back yesterday and joined me.

"I’m very excited about this young man. I have followed his career and I think he’s a very good fighter with a lot of ability. His future is bright.”

Boxing SA should incentivise boxers who fight for the SA title. That is simply because their attitude shows how much they love their country when ...
Sport
8 months ago

Yesterday marked a day where SA made gigantic strides in boxing by hosting a WBC title fight at Carnival City in Brakpan in 2000.
Sport
8 months ago

Trainer Charity Mukondeleli says he has keen interest in the upcoming fight between SA junior middleweight champion Simon Dladla and Shervontaigh ...
Sport
8 months ago
Next Article