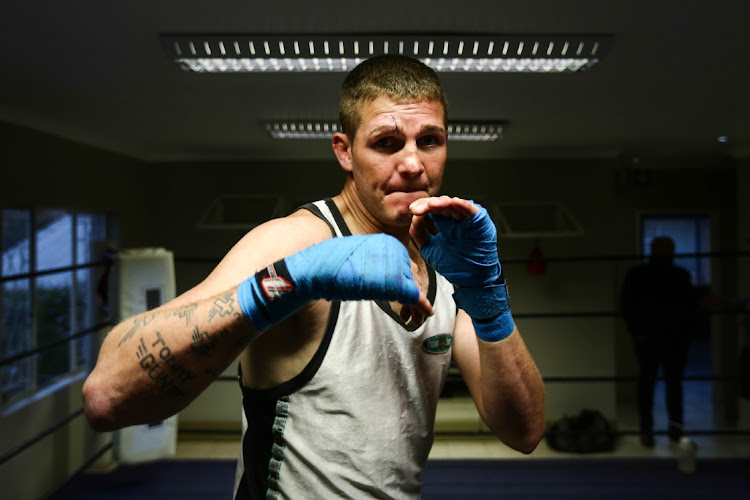 There were issues around this match-up and it delayed the sanctioning by the four-member committee.

“The promoter [Janie Hebler] submitted a fight record of Mwanza which had him having four fights... On the other hand, Oosthuizen has 28 wins, 16 knockouts against three losses and two draws.

“On that basis we felt that it would be unfair to assume that this is not a mismatch, which is prohibited in terms of boxing prescripts," explained Sodo. “Basically, we were protecting Mwanza. We want to have safe sport.

“The change in sanctioning ... it does not come from the pressure but that is pressure. The promoter submitted Mwanza’s record which was not initially submitted. The regulations don’t say we must look at the record of 2018; it is the responsibility of the promoter that everything is on point.”

Patrick Bonyeme, who manages Mwanza, his homeboy from Congo, said: “He has 13 fights and that record was submitted to BSA when my boxer was sanctioned here to challenge WBA Pan African champ Akani Phuzi.”

Oosthuizen will make a comeback against Mwanza in 5th Elements' tournament in Pretoria on September 18. Oosthuizen last fought in 2019. He went off track, misbehaved badly and found himself on the wrong side of the law, and spent 10 months behind bars.

Oosthuizen was released for good behaviour this year. The fight against Mwanza is a baby step towards proving to the prison authorities in Boksburg that he is on the right path to rehabilitation.

Hebler said she signed up the boxer for eight rounds because he has not fought for more than two years. “He must take baby steps towards rebuilding his career,” she said.

When one door closes, another opens. This old famous quote has proven relevant even in today’s life. It is used to best describe the situation that ...
Sport
8 months ago

Veteran Hezekiel Mtshali has played many roles in South African boxing over the years, but it is the ability to spot talent that makes the ...
Sport
8 months ago
Next Article