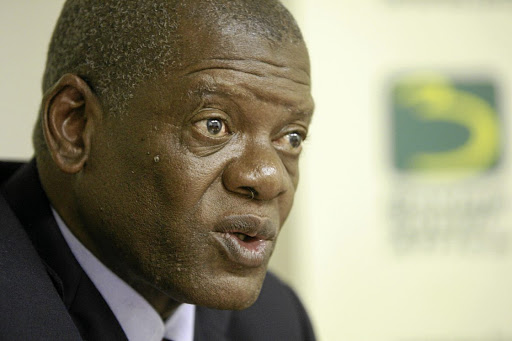 Boxing SA chairman Peter Ngatane has assured stakeholders that a succession plan is in place to appoint an acting CEO since Tsholofelo Lejaka resigned on Tuesday.

"I want to assure you all that we are working on a succession plan to make an appointment," said Ngatane, allaying fears that the regulatory boxing body was in a limbo.

Ngatane would not let the cat out of the bag when pressed to reveal a potential candidate. But pointers are that Cindy Nkomo - who has stood the test of time since coming under enormous pressure from some quarters of the sector after her appointment as director of operations in 2017 - could occupy the hot seat.

Boxing SA is without a chief executive officer after Tsholofelo Lejaka's resignation on Monday.
Sport
1 year ago

But as acting CEO until next year when both finance minister Tito Mboweni and his sport counterpart Nathi Mthethwa are expected to conduct interviews and ultimately make an appointment.

The CEO of Boxing SA is appointed by these two ministers whose offices pay the CEO's salary. Nkomo has done wonders and even her detractors have eventually recognised her abilities. Most of her critics were driven by the fact that Nkomo knew nothing about the tactical aspect of boxing, something Lejaka also had to deal with. The criticism against Lejaka and Nkomo was ill-informed because their administration skills proved to be second to none.

Should Nkomo get the post, she will become the second female to act as BSA's CEO. The first was Tumi Kekana, then financial manager, who was appointed in 2009.

It will be interesting to see what will happen next year when a permanent CEO is appointed because former CEO Moffat Qithi won a case of unfair dismissal against BSA at the Commission for Conciliation, Mediation and Arbitration last year. Boxing SA was ordered to pay him R4m, his monthly R100,000 salary dating back three years.