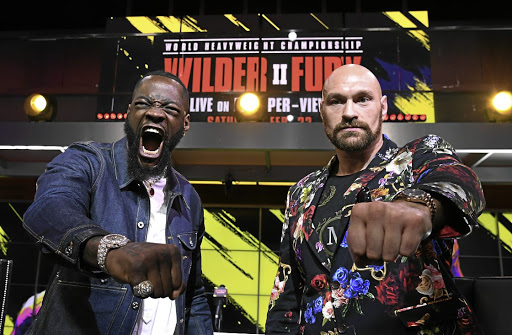 Dingaan Thobela disagrees with Mike Tyson and Justice Siliga, who have tipped Tyson Fury to dethrone Deontay Wilder as the WBC heavyweight champ in their rematch on Sunday.

Thobela, the former WBO and WBA lightweight champion, said Wilder will reign supreme. "Wilder will retain his belt; Fury is awkward but if Wilder finds his way as he did in their first fight (two knockdowns) he will triumph," he said.

"Look, it's not that it will be a walk in the park, no. Tyson is a formidable campaigner and he proved that by getting up after being knocked down twice in their first fight but the bottom line is, I don't see him defeating Deontay."

Mike Tyson was quoted by Bad Left Hook saying: "I was hoping for Tyson Fury (to win). I am always with him because he was named after me. So that's a natural thing to do, right? So always really, I am biased towards him.

"I like both of them as fighters. Both these guys came from nothing and they accomplish being the heavyweight champion. You have nothing to do but respect that."

"Venda Viper" Siliga said: "Tyson Fury has better boxing skills. He showed it in their first fight. I think it is going to be the same as the first fight.

"I think he's got power to win by a knockout. He's stronger now."