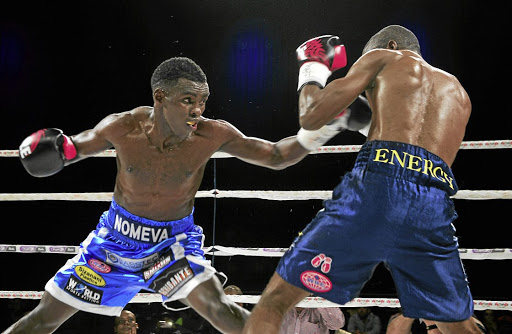 Xolisani Ndongeni warned before jetting out to the US last week that he did not join the fistic sport by default.

But instead, he became a member of the "Sweet Science" because not only did he believe in his expertise, he also knew the challenges and risks that came with it. The 28-year-old boxer, who goes by the moniker "Nomeva" (the wasp), said he would not avoid any boxer as long as they were in the same weight division.

The former two-weight SA champion from was responding to warnings from his admirers, especially those in the Eastern Cape, who were concerned about him facing Devin "The Dream" Haney.

The 20-year-old American is a seven-time national junior amateur champion who turned professional at 16 in Mexico because he was not old enough to box in the US, where you have to be 18 to be a boxer. 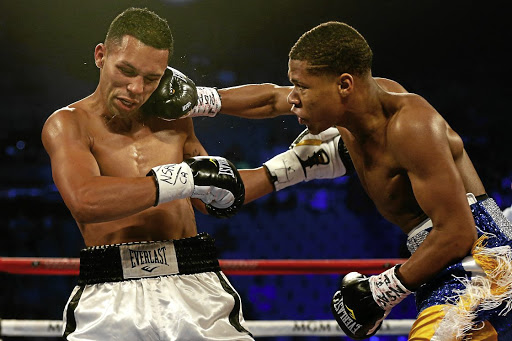 Haney has 20 wins with 13 knockouts and is rated No 12 by the WBC, eighth by the WBA and 10th by the IBF. The buzz all around Las Vegas is that Haney is the next Floyd Mayweather Jr.

Haney and Ndongeni's 10 rounder in the lightweight class will take place on January 11.

Haney has been quoted as saying: "The training has been fantastic. I did a lot of rounds of sparring with Mario Barrios, among others, at Virgil Hunter's Gym. Right now, I am back in Las Vegas with my strength and conditioning coach Reggie. I will be at my best when I step into the ring on January 11th."

On facing Ndongeni, Haney said: "I know fighters from Africa come to fight. Xolisani Ndongeni is no different. He's very experienced and undefeated. Ndongeni has gone 12 rounds many times in his career. These are the type of fights I need to win impressively. Beating the tough South African will get me one step closer to a world title shot."

Ndongeni said that he appreciated the concerns by local fans. But he added he knew Haney personally and also knew what he was capable of as a fighter.

"Besides, Devin is a baby. The biggest advantage is that they do not know a thing about me. I view this fight as being important for me because victory will open doors for me. Remember that at one stage I was rated No 3 by the WBA before I lost that top rating, so victory in this fight will get me recognition from these world bodies."

Ndongeni said he had no Christmas celebrations like other people due to his preparations for the fight.

"I could not even bury my grandfather Zolendlini Ndongeni who was buried on December 22. That is how committed I am to this fight."