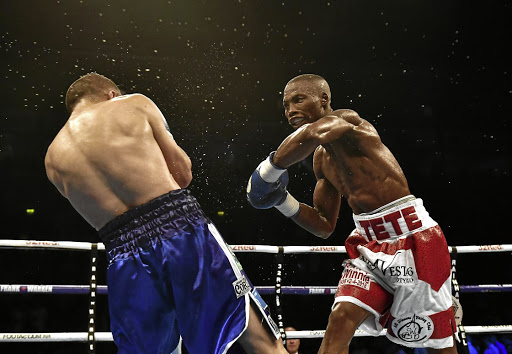 It has taken years for South African professional boxers to get personal deals with the private sector.

Historically, promoters and a few managers have been the ones getting financial assistance from the corporate world. Some promoters have also received huge financial backing from provincial governments.

But, things are finally beginning to look up for boxers although on a small scale.

Lerena is one marketer who has slotted perfectly into a world where social media and branding have become ubiquitous.

The left-hander, trained by Peter Smith, is financed by betting company Supabet, Rex Diff and Gearbox, and Underarm, a clothing manufacturer. Lerena drives the latest BMW 320.

Ndongeni rolls in a silver RAV4 from SA Security Solutions and Technology while Mbenge drives a snow white Toyota Hilux 2.4 bakkie which was bought by Scribante Mining.

Ndongeni and Mbenge - who are homeboys in the Eastern Cape - are based in Joburg under trainer Sean Smith. Peter and Sean are the sons of former SA light heavyweight champion Kosie Smith.

Akani "Prime" Phuzi going into his fight for the vacant WBA Pan African cruiserweight.
Sport
3 years ago
Next Article