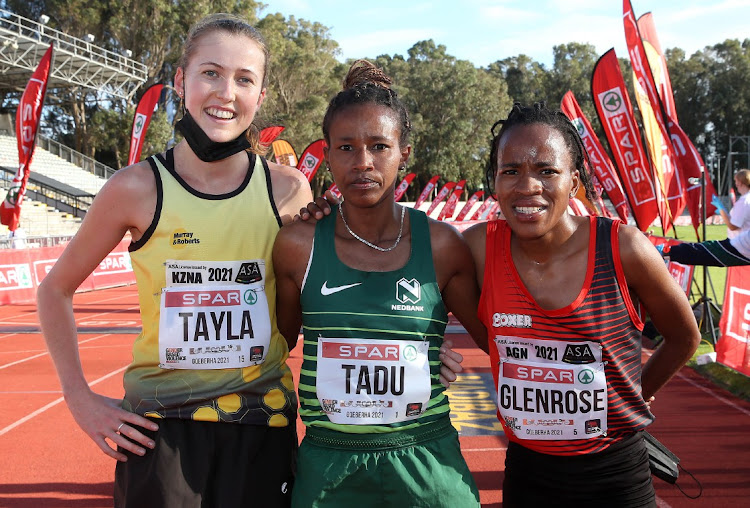 It was never in doubt that Tadu Nare was going to be crowned this year’s Spar Grand Prix 10km champion.

After all, before the elite athletes lined up one final time for the series at the Nelson Mandela Bay University in Gqeberha on Saturday morning, all the talented Ethiopian needed to do was to show up to be confirmed as champion, having established an almost unassailable lead by winning five prior races in succession.

And show up she did. As strong early morning winds blew across the university venue named after SA’s famous son, Nare, 20, stormed into an early lead to assert her authority, finishing the 10km distance in a commanding 32:33, nearly half a minute ahead of runner-up Tayla Kavanagh, herself impressive after initially battling for second place neck and neck with Glenrose Xaba, who had to eventually settle for third.

“It was not an easy race because there was a moment when the wind was just too much,” Nare said through a translator afterwards.

By winning all the six races of the series, she secured a cool R150,000, and a further R190,000 for finishing in first place. It’s a handsome reward for the athlete, which she said has come in handy as she’s been planning to build a house for her family back in Ethiopia. “One of my main goals has been to build my mom a house, and this [money] will help a lot in that regard,” said Nare, who indicated her family was about 200km from her Addis Ababa training base.

While it was the second successive time that a runner from outside SA borders claimed the title following Namibian Helalia Johannes’s exploits in 2019, it was not all gloom and doom for SA as Kesa Molotsane was confirmed as overall runner-up in the series, despite finishing fourth in Gqeberha.

Molotsane’s compatriots Kavanagh and Xaba also a ran solid races on Saturday, with the former posting the best 10km time (32:51) for a South African this year. “I am very happy because it was a personal best for me. It has helped that I didn’t run all the races and had time to recover between them,” Kavanagh said.

Ethiopian sensation Tadu Nare is on the cusp of making history by winning her maiden Spar Grand Prix 10km title.
Sport
10 months ago

Ethiopian runner Tadu Nare may have dominated the Spar Grand Prix, winning five races in succession, but she has faced challenges in achieving that.
Sport
10 months ago

Ethiopian runner Tadu Nare (Nedbank) won the Johannesburg leg of the Spar women’s 10km race in time of 33:20 on Sunday morning at Marks Park to ...
Sport
10 months ago
Next Article