‘I am determined to beat Nare’ 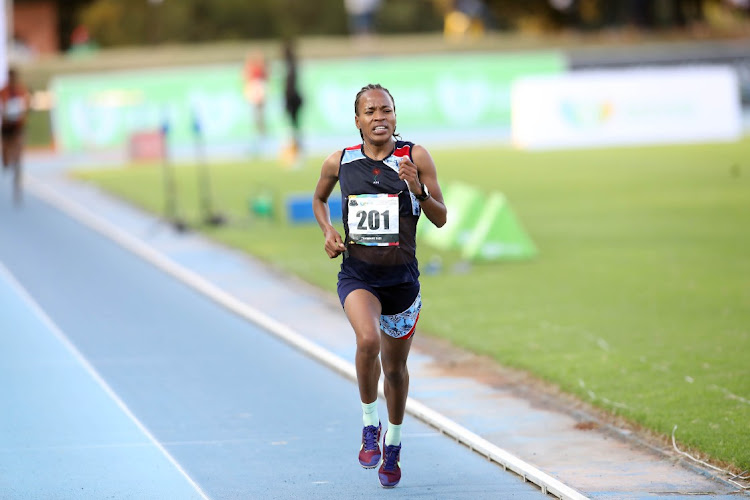 Prominent middle-distance runner Glenrose Xaba is eyeing the highest place on the podium in the Spar 10km Grand Prix Series.

The 2018 winner has a slim chance of winning the series but she is motivated to win the remaining two races, starting with the Johannesburg race on Sunday.

Xaba and her new coach Caster Semenya target a first-place finish at the Marks Park Sports Club in Emmarentia.

She is on a mission to prevent the series favourite Tadu Nare from winning her fifth successive race.

Xaba of the Boxer Running Club is in the fifth position with 72 points and trails Nare by 28 points with two races remaining.

The winner in each race, collects 25 points, and if Xaba wins the two remaining races, she will end her campaign with 122 points.

“I am determined to beat her. I will try again in the next race. It is good to take the next step and finish the race in the first position. That is our objective going into the next race,” said Xaba.

The last race is in Gqeberha in the Eastern Cape on October 9, and Nare could confirm her title there. Fortunate Chidzivo of the Retail Capital Langa Running Club is second with 84 points, followed by Kesa Molotsane of Murray & Roberts in third place with 83 points.

The two runners are the closest to Nare and have to win their races and hope that she does not do well. Xaba added that she did not want to see herself finishing behind Nare again.

Helalia Johannes of Namibia won the series in 2019, winning all the races. Nare needs to win the remaining two races to match that record. However, Xaba is determined to stop her at all costs.

Ethiopian middle-distance runner Tadu Nare is closing in on her first Spar Grand Prix 10km title with two races remaining in the series.
Sport
9 months ago