Hendricks confident SA will be ready for July 24 opening ceremony 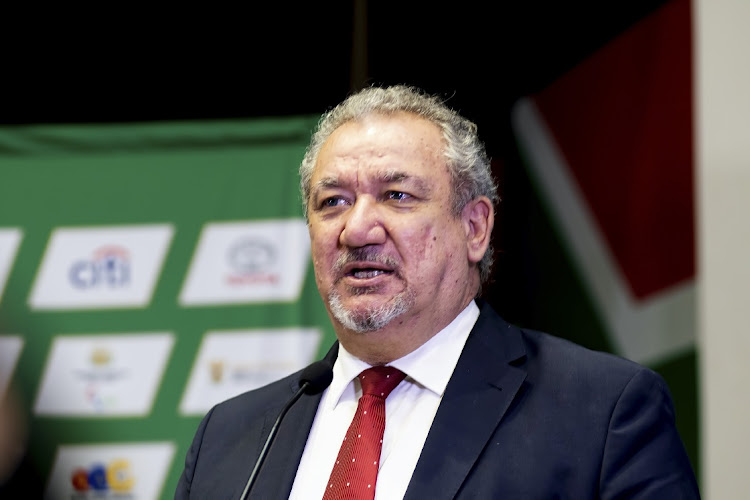 With over two weeks to go before the start of the Tokyo Olympic Games, the SA Sports Confederation and Olympic Committee (Sascoc) is frantically finalising its plans a few days after confirming the travelling squad earlier in the week.

Sascoc's president Barry Hendricks has, however, revealed that athletes and officials will travel to Japan in groups, ahead of the opening ceremony on July 24.

“The decision on the flag bearer is still to be made by the Sascoc board with the athletes' commission, and that would be the last thing that we will do," Hendricks said.

“We have to help the teams that are leaving earlier to report to camp as they have to quarantine for a week before they fly out to Japan. They must have their Covid-19 tests within 96 hours and 72 hours before departure. Our rowers are already in Japan practicing at their training centre."

The hockey teams, both men's and women's,  reported to camp yesterday, and they would go through the process that Hendricks explained before their departure after a week.

“The preparations in the final build-up are happening, and the athletes and managers will not go as a complete team. It would be determined based on their programme of activities during the Olympics."

Hendricks added that they would not travel on chartered flights and would use regular flights as there are still few flights travelling abroad despite the Covid-19 pandemic.

He said Sascoc will use mainly the Ethiopian and Singapore airlines to travel to Tokyo.

Hendricks also said for the very first time they will be travelling with psychologists who will help take care of the emotional needs of the athletes.

“We want to play a role that will help to support our athletes. We also have a Covid-19 compliance officer to help the team to comply with all the Covid protocols."

Athletics SA (ASA) boss James Moloi expressed his confidence in the athletes that qualified for the Olympic Games in Tokyo, Japan, later this month.
Sport
6 months ago

Race-walker Lebogang Shange‚ who is provisionally suspended for a doping violation‚ was on Tuesday included in the SA Olympic team.
Sport
6 months ago

SA’s rising star Phatutshedzo Maswanganyi is not going to the Olympic Games later this month just to make up the numbers.
Sport
6 months ago
Next Article