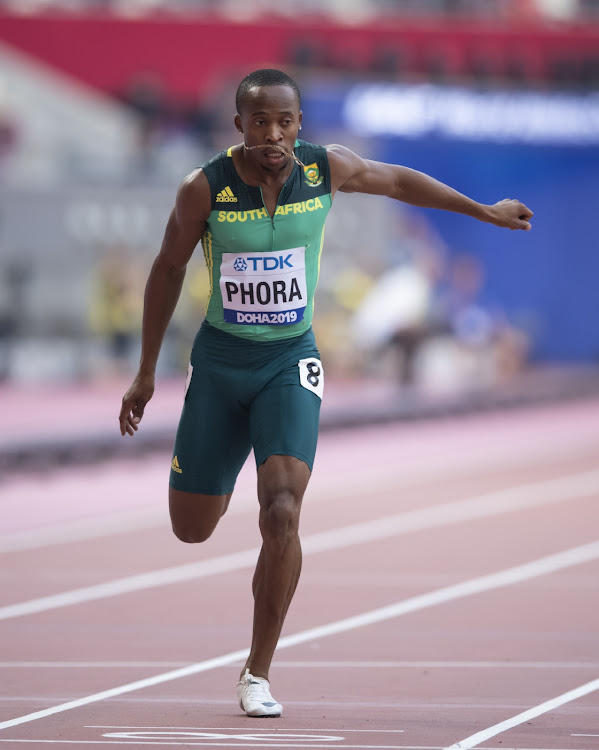 Thapelo Phora described his qualification for his debut Olympic Games as the highlight of his athletics career.

The Mamelodi-born 400m athlete qualified for the Olympics through the World Athletics rankings. He tried to qualify for the Games at several events but failed to run the SA 400m standard qualifying time of 44.90 seconds.

The SA Sports Confederation and Olympic Committee (Sascoc) revealed the final team going to the Olympics earlier this week, and Phora could not believe it when he saw his name.

He dedicated his qualification to his six-year-old daughter Zintle and his entire family. He qualified by being in the top 48, based on points in the world rankings. The 2018 400m African silver medallist hopes to make the final where he will rub shoulders with some of the best athletes in the world in his event.

“I cannot describe how I feel at the moment because it feels like a dream. It is unbelievable and all that I can say is that I am still in shock. It is a dream come true that I made the Olympic team, looking at last year and this year what I have gone through as an athlete and a boy from the township who stays with his mother and grandmother.

"I went through a lot but in the end my hard work paid off. I am fit and ready for my first Olympic appearance,” Phora told Sowetan yesterday.

He monitored the world rankings list to see if he had an outside chance of making it to the Olympics. “I was not certain that I would make the team because I did not run the qualifying time. I qualified with points, and I could not race in Europe and the other athletes in Europe kept on running faster times.

"It was hard to believe that I made it into the top 48 and each day when I wake up, I still cannot believe it. I dedicate it to my daughter. I am hungry [for success] and want this opportunity.”

Olympics a chance for Foster to prove he's not overrated

In 2019, budding striker Lyle Foster made a big move from Orlando Pirates to French League 1 side Monaco. However the youngster had been struggling ...
Sport
1 year ago

Athletics SA (ASA) boss James Moloi expressed his confidence in the athletes that qualified for the Olympic Games in Tokyo, Japan, later this month.
Sport
1 year ago

Akani Simbine sounded a warning to the world as he clocked 9.84sec to break the African 100m record and leave some of the world’s best sprinters ...
Sport
1 year ago
Next Article