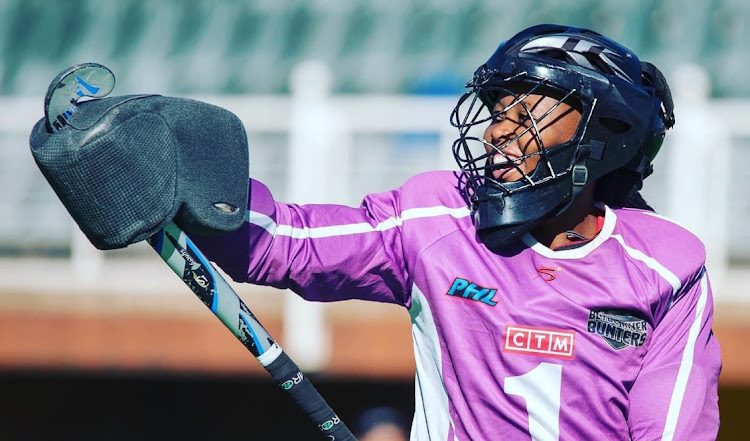 The women’s team qualified for the Tokyo Olympics in August 2019 in Stellenbosch at Africa hockey road to 2020, after beating Ghana 6-0 in their final group match to finish top of the standings.

They are ranked 16th in the world and secured fourth place at a tournament in Valencia, Spain, in 2019.

“People here at home think that we are going to the Olympics for the sake of going. We are aware of what happened in 2016 [when the country's Olympic committee prevented the team from competing] and we want to prove them wrong by being competitive.

"The reality of the sport is that there are winners and losers, and it is not fair to say that we cannot go to the Olympics. Competing at the Olympics will help us to fight for ranking points,” said Mbande.

SA will play against Ireland, India, Great Britain, the Netherlands and Germany in Group A at the 12-team tournament.

Mbande made her debut for the SA national team in 2013, and she has 47 international appearances. The chartered accountant at the PwC accounting firm works till 2am so that she can go to training with the team in the morning.

The 28-year-old goalkeeper from Mthatha in the Eastern Cape said her biggest wish is to see the sport turn professional. “Hockey is a great sport and I would like to see it played beyond the walls and fences of private schools and universities.

"We are going to the Olympics as a beacon of hope. Imagine where we would be if we had sponsors. I sleep late signing off audits so that I can train because I play in an amateur sport and do not receive a salary,” she said.

She did not play netball growing up, had never heard of hockey and she started playing it at Carter High School in Pietermaritzburg.

Her game improved at the University of Pretoria, where she studied to be a chartered accountant. “The Olympics are a childhood dream and I am excited to be going,” she added.

Akani Simbine sounded a warning to the world as he clocked 9.84sec to break the African 100m record and leave some of the world’s best sprinters ...
Sport
10 months ago
Next Article