The job is not done yet‚ says Simbine

Akani dips under 10secs to break own record 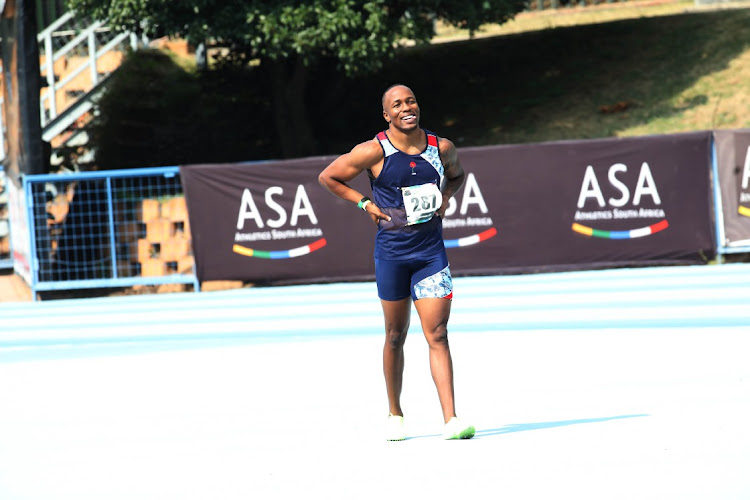 Akani Simbine's record breaking in Hungary is testament to the hard work, he has put into his preparations for the Olympics.
Image: Veli Nhlapo

Akani Simbine sounded a warning to the world as he clocked 9.84 sec to break the African 100m record and leave some of the world’s best sprinters eating his dust on Tuesday.

He won his race in Hungary with a blistering run as he knocked 0.05sec off his own SA mark‚ which he'd set on the same track in 2016‚ and 0.01 off the African record.

Simbine was pleased to have finally conquered the continental mark‚ but there was still more to do. “I feel really great breaking the record‚ it’s something that I’ve been chasing for the longest time.

“But the job is not done yet. This was just the first tick towards going to Tokyo. We had to do it now and I’m glad we did it on time.”

The first round of the men’s 100m at the Games is set for July 31‚ with the semifinals and final scheduled for August 1.

“I feel like we’re peaking at the right time‚” Simbine said from Europe‚ where he has been based with coach Werner Prinsloo since May.

“Coach timed it really well and he was expecting something now.

While Simbine is based in Gemona‚ Italy‚ he’s heading to Monaco for the Diamond League meet tomorrow night in what will be a mini-Olympic final with a stacked field‚ including the owner of the 9.77 world lead‚ American Trayvon Bromell.

Simbine’s 9.84 ranks him second in the world this year behind Bromell‚ and joint 12th on the all-time list.

In the history of sprinting‚ only 11 men have ever run faster than that — five of them were Jamaican‚ five American and one from Trinidad and Tobago.

Akani Simbine sounded a warning to the world as he clocked 9.84sec to break the African 100m record and leave some of the world’s best sprinters ...
Sport
10 months ago

South Africa’s speedsters have achieved an Olympic first by filling all nine spots available to them across the three men’s sprints for the Tokyo ...
Sport
10 months ago
Next Article