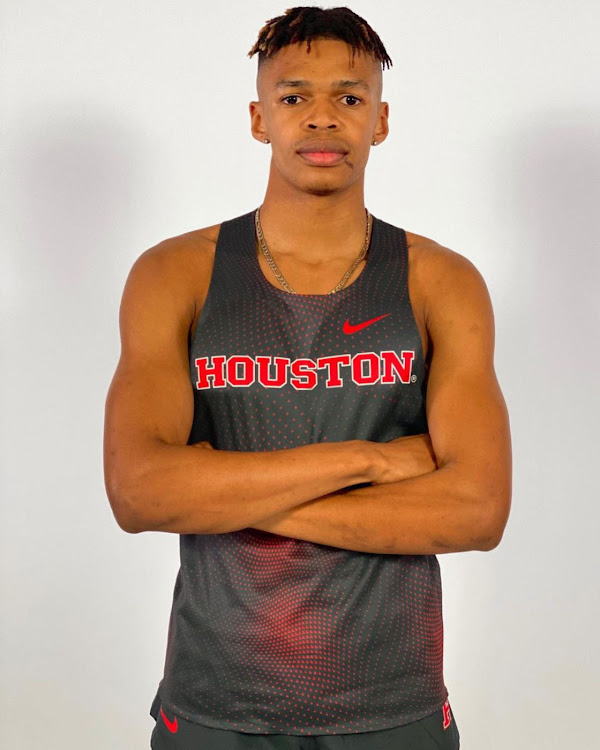 SA’s rising star Phatutshedzo Maswanganyi is not going to the Olympic Games later this month just to make up the numbers.

The sprint sensation will represent his country in the 100m and 200m races in Tokyo.

He earned a scholarship to study for a four-year finance degree at the University of Houston, Texas, in the US.

The Soweto-born sprinter’s life changed for the better as he landed in the hands of Olympic sprint great Carl Lewis, who is now Maswanganyi’s coach.

“I am living the American dream. Anything is possible in life,” he said.

He is now preparing for the Olympics at the University of Pretoria.

“I still cannot believe that I qualified for both events 30 minutes apart. My goal for the Olympics is to excel, and I do not see myself as a rookie. I am going to Japan with a winning mentality. I want to make the finals and push for a podium finish,” said an optimistic Maswanganyi.

His favourite athlete is Jamaican sprint superstar Yohan Blake. “I discussed with my coach that I should come home and leave with the team from SA. I had an option to join them in Japan from the States, but I would like to travel with the team,” he said.

Maswanganyi played rugby as a fullback at St Alban’s College in Pretoria and was good at it.

He even played for the Blue Blues junior teams in Pretoria, and he had to choose between athletics and rugby.

In 2019, he decided to shift his focus to athletics on a full-time basis, and he seems to have made the right choice, as he is excelling in the sport.

His mother speaks Tshivenda, his dad is Tsonga-speaking, and though his parents are no longer an item, he lives with his mother and his 10-year-old sister.

“I can speak Tshivenda and Xitsonga fluently. I grew up in Soweto and now live in Pretoria. The last time I went to Limpopo was five years ago,” explained Maswanganyi, who has already received the Covid-19 vaccine in the US.

However, he never represented his country at the Olympic Games, and that will go down as one of the saddest moments in this career.
Sport
5 months ago

Surfer Jordy Smith has withdrawn from the Tokyo Olympics because of a knee injury he sustained in training five weeks ago, Sascoc said on Friday.
Sport
5 months ago

South Africa’s speedsters have achieved an Olympic first by filling all nine spots available to them across the three men’s sprints for the Tokyo ...
Sport
5 months ago
Next Article