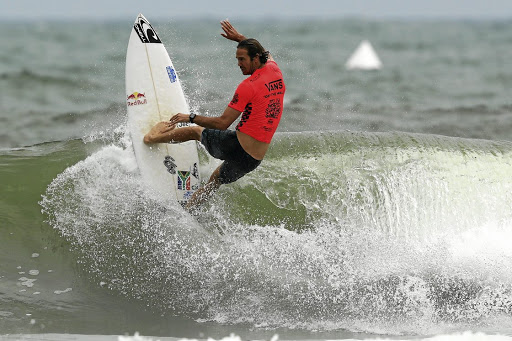 Jordy Smith in action at the World Surfing Games at Kisakihama Beach in Miyazaki, Japan, in 2019. Smith has withdrawn from the Tokyo Olympics with a knee injury.
Image: Matt Roberts/Getty Images

Surfer Jordy Smith has withdrawn from the Tokyo Olympics because of a knee injury sustained in training five weeks ago, the SA Sports Confederation and Olympic Committee (Sascoc) said on Friday.

The world No 7, considered a medal prospect, underwent surgery on his knee last month.

In media interviews a week ago he spoke as if he would be competing in Tokyo, saying he was aiming for gold.

His withdrawal leaves Bianca Buitendag as SA’s only competitor in surfing, which is making its Games debut.

South Africa Under-23 coach David Notoane is putting on a brave face despite Covid-19 having played havoc with his preparations for the Olympics‚ ...
Sport
3 months ago

The SA Under-23 squad heading to the Tokyo Olympic Games will be announced on Thursday or Friday‚ South African Sports Confederation and Olympic ...
Sport
3 months ago
Next Article