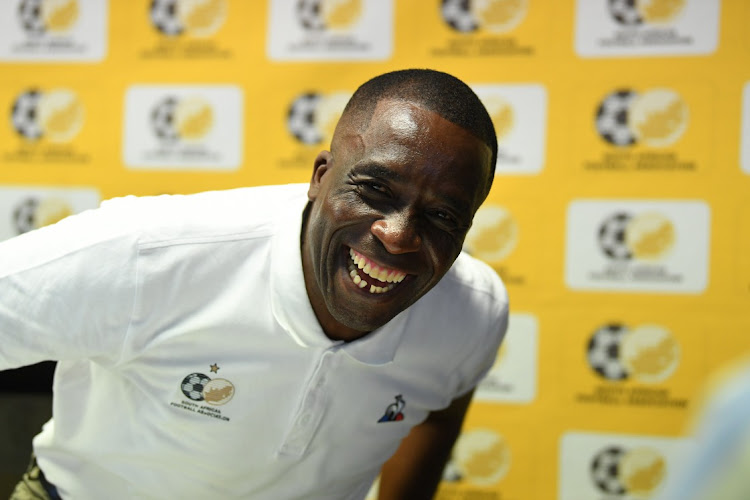 South Africa Under-23 coach David Notoane is putting on a brave face despite Covid-19 having played havoc with his preparations for the Olympics‚ where his team’s kickoff is now just 21 days away.

Cancelled tournaments and friendlies mean SA will have had a dearth of preparation matches.

That the 2020 Olympics does not fall under a Fifa international date is another effect of Covid-19‚ coming as a result of the Tokyo Games’ postponement from last year.

Brighton & Hove Albion’s Percy Tau (27)‚ among the overage players‚ and Gift Links (22) of Aarhus GF in Denmark are two high-profile players not released by their clubs.

Kaizer Chiefs have withdrawn key players Reeve Frosler (23) and Nkosingiphile Ngcobo (21) to be part of their squad for the Caf Champions League final against Al Ahly in Morocco on July 17.

Mamelodi Sundowns’ Thapelo Morena and Golden Arrows’ Siyabonga Dube were not available as replacements as overage players for Frosler.

Cape Town City’s Abbubaker Mobara (27) trained with the U-23s this week as a potential right-back and is expected to be announced in the squad on Wednesday or Thursday as a utility player.

The U-23s lost 3-0 and 2-0 against Egypt in warm-ups last month. Their only other warm-ups were a 3-2 defeat and 1-1 draw against Saudi Arabia back in November.

Notoane said at present his team “only have Australia confirmed in July 16” as a final preparation match to their kickoff against hosts Japan at Tokyo Stadium on July 22. SA meet France on July 25 and Mexico on July 28 on a tough Group A.

“Look‚ it is what it is. I was saying to the boys that‚ ‘There we need fighters’. It’s a fantastic opportunity for all of them‚” Notoane said.

“We are behind in our preparation programme – probably a week or two short of our ideal.

“We wanted four weeks. But with Covid‚ and withdrawals of teams from matches‚ that has put us under pressure.

“There’s also the issue of the off-season. Some players have been off for some time now – some of them three or four weeks. They were training on their own‚ but it’s not the same.

“So when you bring them in you have to dust them off and get them quickly to switch on focus.

“And that’s what one says to the guys‚ that‚ ‘We have to go out there with a huge desire to fight and give ourselves an opportunity in this tournament’.”

Notoane said Covid-19 and club withdrawals have at least affected most teams going to Japan.

France have not included 2018 World Cup-winner Kylian Mbappe (22) – who missed his penalty in the shootout as Les Bleus lost on penalties to Switzerland to bow out of Euro 2020 to Switzerland in the last-16 this week – in their U-23 squad.

“It’s difficult for everyone‚ to be honest. You look at France‚ from the squad they announced there have been a few withdrawals‚” the SA coach said.

“So then we take confidence from that aspect. And I’ve always said that this probably will be the most open [men’s football] Olympics‚ because of how Covid has affected a lot of us.”